Isaac’s research focuses on the history of social and political thought in the United States and Great Britain.  His earliest research examined how theories of knowledge drove important changes in the human sciences during the twentieth century.  Much of his work in this area is presented in his first book, Working Knowledge: Making the Human Sciences from Parsons to Kuhn (Cambridge, MA: Harvard University Press, 2012), which was awarded the Gladstone Prize by the Royal Historical Society.

During his Pro Futura fellowship, Isaac will be writing a book on the revival of eighteenth-century categories of political and moral thought in the twentieth century. Its principal thesis is that, in the writings of a cohort of influential philosophers, economists, and political theorists, who published in the interwar and post-Second War decades, we can see attempt to rethink Enlightenment notions of sociability, practical reasoning, property, and the state.  Crucially, this process of reappraisal was refracted through more modern idioms: neoclassical economics, analytical philosophy, decision theory, and empirical political science.  The ideas that resulted from this encounter of Enlightenment concepts and modern idioms provided the foundations of modern liberal and neoliberal thought.  The working title for this research project is ‘the Cold War Enlightenment’. 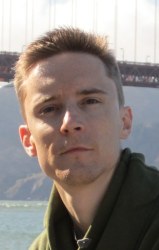