In the early modern period, precious stones were often described as gemme colme di virtù, created with transformative powers able to cure people’s physical and moral maladies. Medieval lapidaries, patristic and medical writings, as well as widely available treatises would have informed a literate readership of the virtues of such powerful matter. Christian preachers and theologians have often inveighed against the ostentatious display of vanity, and yet during the Renaissance modern dichotomies between luxury and piety were not so strongly perceived. This withstanding, references to virtuous precious stones in Scripture, which emphasised the process by which they were activated through skin contact, led to a confused position by the Church over the beliefs and uses of precious stones. They were merely inert objects but with God’s will they had the potential to be activated and empowered.

I propose a survey of the ingenious objects that, carved from virtuous precious stones and decorated with Christian iconography, circulated in early modern Italy. Methodologically, this study offers a new interpretation of ‘religious’ materiality by adopting ‘ingenious matter’ as a useful tool of analysis. It encourages a more flexible interpretation of early modern objects that defied neat categorizations, but stood on the threshold of devotion, art, and science.

Before coming to CRASSH, Irene completed her doctorate as a member of the ERC-funded project Domestic Devotions: the Place of Piety in the Italian Renaissance Home, 1400-1600 at the University of Cambridge, where she explored the materiality of devotion in sixteenth-century Naples. Irene was also one of the curators of the successful exhibition Madonnas and Miracles: the Holy Home in Renaissance Italy, held at the Fitzwilliam Museum between March and June 2017. Irene is now Affiliated Lecturer at the University of Cambridge, where she teaches Italian Renaissance art and material culture at the Department of Modern and Medieval Languages, History of Art and the Faculty of History.

Previous to her PhD, Irene worked for the Wallace Collection, Christie’s, the National Gallery in London, and the Fitzwilliam Museum in Cambridge. She has published on practices relating to small devotional jewellery such as rosaries and agnus dei. 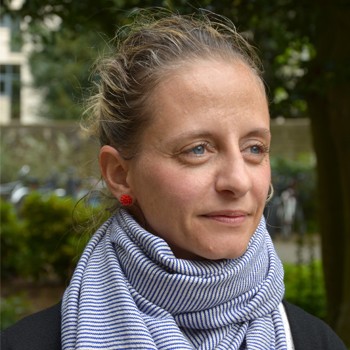