Helena Phillips-Robins is the CRASSH/British School at Rome Fellow 2017-18.  She will be at CRASSH  from September to December 2017 and will be in Rome from January to June 2018. She will return to CRASSH in July and August 2018.

At CRASSH and the British School at Rome I am beginning a new project on the use of tears in thirteenth and fourteenth-century Italian poetry. In the late Middle Ages tears were conceived, in a whole host of ways, as a means of encountering the divine. I propose that poets not only used the theme of tears as a powerful lens through which to explore relationships between the world, humans and God, but that poets also – through explicit and implicit commands to weep – invited readers to embody those relationships in their own lives. This research will lead to a monograph, provisionally entitled ‘Invitations to Weep: Tears in Late Medieval Italian Poetry’. I shall bring together high and low poetic traditions, working on Dante’s Comedy, the experimental poetry of the thirteenth-century Franciscan Jacopone da Todi, and the large and diverse corpus of popular poems (laude) sung in lay religious observances.

This research will challenge the longstanding, received approach in Medieval Italian Studies of treating poetic texts solely as intellectual and aesthetic artefacts. Instead, I shall investigate major ways in which poetic texts were designed as agents of moral and spiritual change. My methodology is largely historicist, and I shall use late medieval sources – sermon collections and Passion meditations – that are for the most part untapped in Literary Studies.

At CRASSH and the BSR I shall work on the first phase of the project. This phase consists of research into medieval concepts and practices of weeping. I shall work on two major types of primary sources that witness to the cultural frameworks in which Dante and his contemporaries made sense of their world: sermon collections (the majority of which are unpublished manuscripts) and Passion meditations. The second phase of the project will entail using the findings of stage one to undertake historically inflected analysis of the literary works.

I work on medieval Italian literature and culture, with a particular interest in Dante. My research sits at the intersection of Literary Studies, History and Theology. My PhD thesis, which I am now preparing as a book manuscript, examines Dante’s use of liturgy in the Comedy. Using medieval liturgical sources previously unknown in Dante Studies, I show that Dante adapts and reimagines specific medieval devotional practices, and that by doing so he invites the reader to engage in devotional activity while she is reading the Comedy. I demonstrate that Dante calls not only, as scholars normally assume, for the reader’s interpretative response, but also for her spiritual activity.

I completed my BA in Modern and Medieval Languages (2012), my MPhil in European Literature and Culture (2013) and my PhD in Dante Studies (2017) at the University of Cambridge. I have been a Visiting Graduate Scholar at the University of Notre Dame (2014) and an Erasmus Scholar at the Scuola Normale Superiore di Pisa (2010-11). My work has appeared in Italian Studies and I am also a contributor to the Tesoro della Lingua Italiana delle Origini project (a historical dictionary of the Italian language before 1375, edited by the Istituto Opera del Vocabolario Italiano). 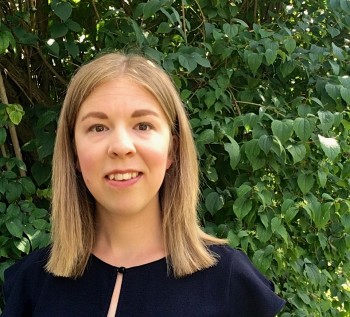