The Graeco-Arabic translation movement in Abbasid Baghdad is widely known and celebrated, and the subsequent European translations from Arabic to Latin even more so. But the vast and enduring Ottoman effort to translate works from Arabic to Turkish, spanning from the fifteenth century well into the nineteenth, lies dust-covered and unexplained in the cellars of historical inquiry. Given the far-reaching consequences of the first two movements (which have been credited with spurring the Islamic ‘Golden Age’ and the Renaissance, respectively), it is reasonable to expect a significant impact for their younger Ottoman counterpart. This project investigates what might be called the Ottoman translation movement, treating the intellectual, social and political contexts for and results of this unparalleled transfer of knowledge from Arabic to Turkish.

The springboard for this research is my forthcoming book, Empire of Salons: Conquest and Community in Sixteenth-Century Ottoman Lands. The book uncovers an empire-wide network of literary salons that helped people and ideas to circulate after the Ottoman conquest of the Arab lands in 1516-17. Based on Arabic and Ottoman Turkish sources, the book tracks the development of new communities, new literary genres, and a new, shared sociability as Muslims traveled through the reception halls of the expanded empire.

Empire of Salons provides some context for the translation movement, but not an explanation for it. What kinds of books were selected for translation? Who patronized these works, and who read them? My new project will offer both a rough quantitative analysis of the phenomenon – that is, which books were translated in which period – as well as close readings of key translations in different genres, identifying their aims and methods. Examining this movement not only promises to offer a more expansive view of the myriad influences on Ottoman culture, it also opens doors onto questions of piety and faith, language and literacy, power and legitimacy in an early modern empire.

Helen Pfeifer is University Lecturer in Early Ottoman History at the Faculty of History and a fellow of Christ’s College, Cambridge. She received her doctorate from Princeton University in 2014. Her first book, Empire of Salons: Conquest and Community in Early Modern Ottoman Lands, shows how a network of gentlemanly salons helped people and ideas to circulate across the Ottoman Empire. Her current project examines why Ottoman scholars translated so many works from Arabic to Turkish, and with what consequences. 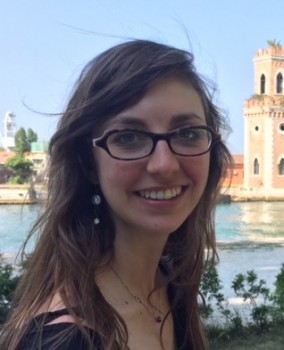