Recent scholarly interest in the history of relations between England and continental Europe has produced a great deal of new and important research seeking to clearly establish the importance of Europe to English politics and society in the early modern period. This is especially true of the seventeenth and eighteenth centuries, during which England became Great Britain, found itself at the centre of several European conflicts, and faced various crises connected with the violent legacies of the European reformations. My current research  explores Anglo-European social and diplomatic cultural activity in continental Europe, and examines how English men and women socialised with contemporaries of different nationalities and religious affiliations in the context of the late counter-reformation, the end of major religious conflict, and the evolution of early colonialism within the framework of the Enlightenment. It explores how elite British Protestants and Catholics understood religious, national and cultural difference and distinctiveness in their engagement with Europeans of different confessions, and how their sense of difference was created or influenced by encounters with European culture.

Dr Devlin is a British Academy postdoctoral fellow at the Faculty of History, University of Cambridge. He is interested in early modern cultural, religious and political history in Britain and Europe, with an especial focus on baroque culture, social interaction and confessional identities in the late seventeenth and early eighteenth centuries. His current project, Anglo-European cultural exchange and inter-confessional sociability, 1648-1715, explores some of these themes against the background of the re-alignment of confessional geopolitics after the Peace of Westphalia.

His first book, a study of James II's restoration of diplomatic ties with the papacy and English engagement with Papal Rome in the late seventeenth century, will be published by Cambridge University Press. 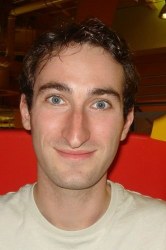