While at CRASSH, Dmitri Levitin’s principal research project will be a revisionist account of the development of the comparative history of religion, c. 1500–1800. Challenging the claim that comparatism was linked to any specific political or ecclesiological programme, it will demonstrate how it developed out of the erudite culture of late humanism. At the same time, the historical-contextualist tendency of that culture undermined the comparatist project even as it developed, creating tensions that have plagued the discipline to the present day.

He is a historian of early modern British and European intellectual, religious and cultural history. Among other subjects, he has published on: the history of scholarship (especially histories of philosophy, sacred history and Egyptology), shifting  understandings of religious orthodoxy and heterodoxy; the history of near-eastern studies; the intellectual history of church-state relations; the relationship between science and humanism; the history of pharmacy; physico-theology; England’s role in the European republic of letters.

He holds BA, MPhil and PhD degrees from Selwyn College, Cambridge. Since 2010 he has been a Research Fellow at Trinity College, Cambridge. He also lectures and supervises for the History Faculty, on various aspects of early modern history and the history of political thought and intellectual history. In 2013 he held a Visiting Fellowship at the Folger Shakespeare Library, in Washington D.C. For forthcoming talks, please see here.

Ancient Wisdom in the Age of the New Science: Histories of Philosophy in England, c. 1640–1700 (forthcoming, Cambridge University Press, 2015)

'Newton and scholastic philosophy', in Newton in the Age of Enlightenment, ed. M. Feingold (forthcoming)

'"Made up from many experimentall notions". The Society of Apothecaries, medical humanism, and the rhetoric of experience in 1630s London', Journal for the History of Medicine and Allied Sciences (forthcoming, 2014).

'From sacred history to the history of religion: Pagans, Jews and Christians in European Historiography from the Reformation to "Enlightenment", Historical Journal, 55 (2012), pp. 1117–60 [Cambridge Journals] 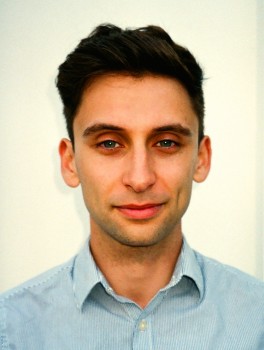