The project that would form the focus of my research, were I to be awarded a CRASSH Early Career Fellowship, is a monograph entitled ‘Divine Violence and the Sanctity of the Living Individual in Modern Jewish Philosophy and Classical Rabbinic Literature.’ In brief, the planned book will consist of four main chapters, each looking at a different modern German-Jewish thinker – Moses Mendelssohn, Hermann Cohen, Franz Rosenzweig, and Walter Benjamin, respectively – and looking at relationships between each modern thinker’s ideas and the ethical and theological concepts of classical rabbinic literature. In particular, I will examine the way in which each of these thinkers resists and opposes various forms of violence and coercion often directed against individual human beings in the name of generality or collectivity. In exploring this theme, I will draw upon the classical rabbinic notion of the ‘image of God’ as corresponding specifically to the embodied human being, as well as the rabbinic notion that God maintains exclusive sovereignty over human life and death, and I will highlight the ways in which the classical texts can illuminate previously overlooked ethical and political elements of the modern thinkers, as well as ways in which the modern thinkers can illuminate rational and ethical dynamics in the classical Jewish texts. Beyond its implications for scholars interested in classical or modern Jewish thought, the project has a broader significance in foregrounding the possibility of an alternative strand of modern thinking and critique that can serve to illuminate and counteract the implicit de-valuing of the bodily life of the unique individual found in the generalizing tendencies of dominant streams of modern thought and philosophy.

Daniel Weiss is a CRASSH Early Career Fellow 2014-15. He was also a CRASSH Mellon Teaching Fellow during Michaelmas 2014.

Dr Daniel Weiss is Polonsky-Coexist Lecturer in Jewish Studies and Fellow and Director of Studies in Theology and Religious Studies at  Murray Edwards College. His research interests include  modern Jewish religious thought and philosophy (esp. Moses Mendelssohn, Hermann Cohen, Franz Rosenzweig, Martin Buber, Emmanuel Levinas), theories and practices of interreligious dialogue and communication, the (contested) relationship between scripture and philosophy, both in the Jewish intellectual tradition and more generally, aspects of ethics, hermeneutics and theopolitics in classical rabbinic literature Publications include 'Embodied Cognition in Classical Rabbinic Literature.' Zygon: Journal of Religion and Science, 48.3 (September 2013), 788-807 and 'The Fruits of Contradiction: Evolution, Cooperation and 'Ethics in an Inter-Religious Context.' Studies in Christian Ethics, 26.2 (May 2013), 186-195. 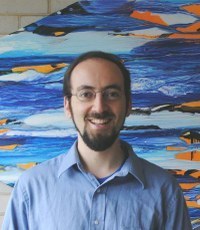