Dr Christopher Clarke is a Senior Research Associate at CRASSH and the Principal Investigator on the ERC-funded project "Qualitative and Quantitative Social Science: Unifying the Logic of Causal Inference?"

Dr Clarke is also an Assistant Professor at the Erasmus Institute for Philosophy and Economics, Faculty of Philosophy (Erasmus University of Rotterdam).

At CRASSH, Christopher is working with the 'Quality' project to explore the roles that social scientists can play in constructing good public policy. Through studying the unique relationship between social science researchers and policymakers, it has become evident that it is currently unclear how to weigh up the evidence from multiple qualitative studies, either on their own or together with quantitative studies- particularly if the studies seem to contradict. This poses a momentous problem: it exposes one’s causal judgements to an increased risk of error, as it does any policies based upon these judgements.

A Science of Human Nature? Philosophical Disputes at the Interface of Natural and Social Science

Christopher has previously worked at the University of Cambridge in the Department of History and Philosophy of Science. He was a Postdoctoral Research Associate on the ERC-funded A Science of Human Nature? Philosophical Disputes at the Interface of Natural and Social Science project, led by Prof. Tim Lewens, working to uncover and understand the philosophical foundations of disputes between natural scientists and social scientists working on theories of social and cultural evolution, to propose resolutions, and ultimately to point the way towards a reconciliation of the two domains.

Christopher was a graduate student at the University of Bristol, where he was part of the AHRC "Evolution Cooperation and Rationality" project led by Prof. Samir Okasha and Prof. Ken Binmore

His doctoral thesis examined the role of psychology in economic models, with a particular focus on the question of whether utility value is to be interpreted psychologically or behaviourally. His work explored how this question related to issues concerning the aims of economics, the evidential support for economic models, and pluralism about the interpretation of models. 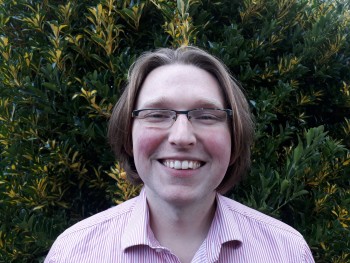