Christopher Ball is an ACLS Visiting Fellow at CRASSH in Lent  2017.

My project investigates the relationships between language practices and the meanings of the riverscape among indigenous peoples of Amazonia. It focuses on how Wauja people in Brazil’s Xingu Indigenous Park use language to talk about places in their territory, to perform ritual connections to ancestral, spirit, and animal beings who share their spaces, and to make political claims in defense of their land to state and non-state actors who threaten its integrity. The research brings together audiovisual digital recording and analysis of narrative discourses with fieldwork-based ethnography and collaborative digital GIS mapping. Indigenous epistemologies of place emphasize connections between moments of speaking, what linguistic anthropologists call “interdiscursivity,” as constitutive of territory. This perspective informs the project’s approach to the ways that people relate to their environment and the ways that they relate their environment to one another.

He teaches and writes in the areas of language in culture, the political economy of language in society, ritual performance, possession and exchange, Amazonian development, indigeneity, kinship relationality, primitivism, and the anthropology of photography.

His visit to CRASSH is as a Fellow of the American Council of Learned Societies (ACLS) in cooperation with the Consortium of Humanities Centers and Institutes. 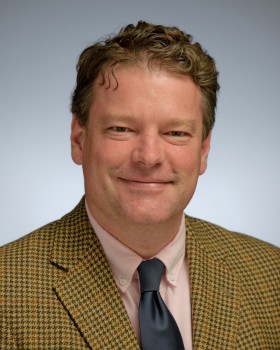