Catherine Conybeare is a Visiting Fellow at CRASSH for the Lent term 2015.

While in Cambridge, she will be writing  A Guidebook to Augustine’s Confessions, recently commissioned by Routledge; this makes an implicit argument for reading the Confessions as a whole, and is organized into three sections: language; creation; time and memory. She will also be continuing research on her major new project, Augustine the African. This uses insights from postcolonial theory to produce a new reading of Augustine of Hippo’s works which puts his complex identity as both an African and a Roman at the centre of his intellectual and spiritual development.

Catherine Conybeare is Professor of Classics at Bryn Mawr College in Pennsylvania, and spent Autumn 2014 as John Bennett Distinguished Visiting Scholar at the University of Toronto. Although her teaching ranges from Cicero to Peter Abelard, she specializes in late antiquity and the history of early Christian culture. Her work is informed by historical scholarship and by contemporary theory; it addresses such topics as aurality, touch, memory, and violence, in authors ranging from Tertullian through Prudentius to Avitus, but with a special emphasis on Augustine. Her books emphasize the living dynamics of language, from letters (Paulinus Noster, 2000) to dialogues (The Irrational Augustine, 2006) to the very edge of language, laughter (The Laughter of Sarah, 2013). Her most recent articles address various aspects of Augustine’s life and thought; they include ‘Augustine's Rhetoric in Theory and Practice’, in The Oxford Handbook of Rhetorical Studies (Oxford, 2014); ‘The city of Augustine: on the interpretation of civitas’, in Being Christian in Late Antiquity (Oxford, 2014); ‘Making Space for Violence', in Journal of Late Antiquity 6,2 (Fall 2013); and ‘Reading the Confessions’, in The Blackwell Companion to Augustine (Oxford, 2012). 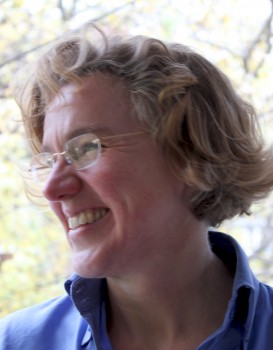