In the context of an ageing population, one of the most important issues in social policy is how to allocate the burdens of providing and funding care for the increasing numbers of adults who will need it.  The Care Bill 2013-14, which is presently passing through the United Kingdom Parliament, would overhaul and consolidate the legal framework governing the provision of adult social care in England, including by introducing a national minimum eligibility threshold for care and support delivered by local authorities. The Bill also aims to implement, albeit in a diluted form, the recommendations of the Dilnot Commission on Funding of Care and Support.  In doing so, the Bill would purport to impose a cap on the amount that any one individual should be expected to contribute towards his or her eligible lifetime social care costs.  That said, many of the relevant details of the scheme that the Care Bill aims to bring about are shrouded in complexity and controversy, and it is likely that many people will have to pay a considerable sum towards care costs even once the new scheme is implemented.

This project seeks to evaluate the system of adult social care that will be introduced by the Care Bill and its accompanying secondary legislation, comparing that system to the one that it aims to reform. The fundamental question to be answered is whether the Bill successfully ensures that necessary and appropriate care is provided for elderly and disabled adults in England, particularly in the light of continued local authority discretion on its provision, while at the same time giving due weight to the property rights of those receiving social care and the interests of family members and others who might be said to have legal or moral claims in respect of the estate of a social care recipient after he or she has died. The project addresses a substantial facet of one of the most significant questions of our age.

Brian Sloan read for his BA in Law (scholar) and LLM (Wright Rogers scholar, Faculty of Law) at Robinson College.  He then took up a W.M. Tapp doctoral studentship at Gonville and Caius College, and his PhD was supervised by Professor Kevin Gray and Dr Jens Scherpe.  After three years as Bob Alexander Fellow at King's College, Brian returned to Robinson as a College Lecturer in October 2012, where he teaches Equity, Family Law and Land Law.

Brian's research interests lie mainly in the fields of property law, family law (including succession law), and comparative law, covering jurisdictions including England & Wales, Australia, New Zealand, Ireland and Canada.   His first monograph, Informal Carers and Private Law (Hart Publishing, 2013), considered the use of private law remedies to support informal carers.  Brian also publishes on the application of property law in the domestic sphere, the regulation of adult relationships, gender recognition and the law of adoption. 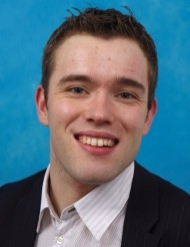