India’s democratic boom and its implications

I have conducted fieldwork in Russia and Mongolia, but my great ethnographic love is the north Indian state of Rajasthan, where I’ve been doing ethnographic and archival research for the past fourteen years: first on spirit possession, then on professional thieves and most recently on crime, corruption and democracy, and how they relate. My interests range widely and I have written on topics ranging from policing to thieving and secrecy, publicity, patronage, and the morals of gangster politics in north India today. I am also co-investigating a large, international study of democratic cultures and ‘muscular’ politics in India, Bangladesh and Pakistan (funded jointly by the European and British Research Councils), and completing a book on hierarchy among thieves.

But my main preoccupation today is with the way cultural forms shape the course of South Asian politics and, more specifically, why India’s democracy appears at once so animated and so corrupt. My edited volume,Patronage as politics in South Asia, which was published last year, offers some answers. The new project I am undertaking at CRASSH will offer some more.

A close-range study of the lives of voters and politicians in Rajasthan, it will examine the links between India’s corruption crisis and its remarkable democratic boom. While trying to understand how India’s voters sustain their political verve, I will test my hypothesis that the personal bonds between voters and politicians, decried by critics as ‘corrupt’, are the chief mechanism of India’s electoral participation. ‘Corruption’, in other words, may itself be the key to India’s prodigious democratic vitality. This line of thought has implications that stretch far beyond the shores of South Asia. It presses us to rethink our views on ‘corruption’, and perhaps even to adopt a less parochial view of democracy, as it migrates, settles and naturalises around the world.

I am a social anthropologist specialising in South Asia, and especially north Indian politics and crime.

Born and raised in Odessa (Ukraine, not Texas), I moved to the US, took a dual Bachelor’s degree in anthropology and religion from Boston University and later an MSc/DPhil in social anthropology from Oxford, where I was a Rhodes Scholar. I was then a Junior Research Fellow at King’s before coming to Girton, where I am now a Fellow and Director of Studies in social anthropology.

Chapters & articles
2016. The ethics of efficacy in north India’s goonda raj (rule of toughs), with Tommaso Sbriccoli, Journal of the Royal Anthropological Institute 22(2): 1-19.
2015. The ‘criminal tribe’ in India before the British. Comparative Studies in Society & History 57(2): 323-54.
2015. Patronage & community in a society of thieves. Contributions to Indian Sociology 49(2): 135-61.
2015. India’s human democracy. Anthropology Today 31(4): 24-27. Russian translation appeared in the November issue of Этнографическое Обозрение (Ethnographic Review, Moscow).
2015. Adam Kuper's Anthropology and anthropologists, Times Literary Supplement 21 October.
2014. Against the public sphere: The morals of disclosure and the ‘vernacular public sphere’ in rural Rajasthan. In Democratic transformation and the vernacular public arena in India, edited by Taberez Neyazi, Akio Tanabe et al. London: Routledge, 172-89.
2014. Introduction to Patronage as politics in South Asia, edited by Anastasia Piliavsky. Cambridge: Cambridge UP, 1-35.
2014. India’s demotic democracy and its ‘depravities’ in the ethnographic longue durée. In Patronage as politics in South Asia, edited by Anastasia Piliavsky. Cambridge: Cambridge UP, 154-75.
2013. The Moghia menace, or the watch over watchmen in British India. Modern Asian Studies 47(3): 751-79.
2013. Where is the public sphere? Political communication and the morality of disclosure in rural Rajasthan. Cambridge Anthropology 31(2): 104-22.
2013. Borders without borderlands: On the social reproduction of state demarcation in western India. Borderland lives in northern South Asia, edited by David Gellner. Duke UP, 24-45.
2013. Edmund R. Leach. Theory in social and cultural anthropology: An encyclopedia, edited by Jon McGee & Richard L. Warms, vol. 1. Sage, 465-68.
2011. A secret in the Oxford sense: Thieves and the rhetoric of mystification in western India.  Comparative Studies in Society & History 53(2): 290-313. 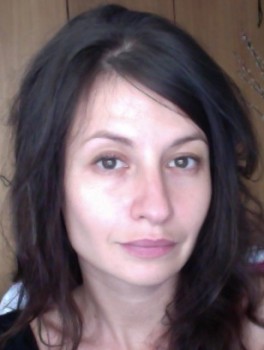