Ananya Vajpeyi was the Charles Wallace India Trust Fellow 2017-18 and was at  CRASSH in Michaelmas Term 2017 and Easter 2018. During her time at CRASSH she was  working on a political biography of Sanskrit, aimed at narrating the long and continuing life of this language from ancient times to the present. While at  CRASSH in 2019-20, Vajpeyi is completing two volumes about the legal and discursive career of the Śūdra, a caste category denoting the last in a four-tier social hierarchy that occurs throughout South Asian history, from the earliest texts of Sanskrit literature to the writings of B R  Ambedkar, the architect of India's Constitution of 1950. Her long-term research projects on an intellectual life of Ambedkar and a political biography of Sanskrit are also ongoing.

Ananya Vajpeyi is a fellow and associate professor at the Centre for the Study of Developing Societies, New Delhi and author of the award-winning book, Righteous Republic: The Political Foundations of Modern India(Harvard 2012). She works at the intersection of intellectual history, political theory and critical philology. Most recently she has been the co-editor of a Festschrift for Ashis Nandy, A Life in Dissent(Oxford 2018) and a volume on Minorities and Populism in South Asia and Europe (Springer forthcoming). She writes widely about ideas, politics and the arts for newspapers and magazines in India and abroad. She has been a Kluge Fellow in the John W. Kluge Center at the Library of Congress - Washington DC in 2013 and 2014. 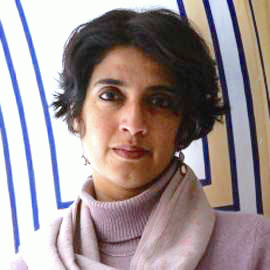