Dr Ananya Dutta Gupa is the CRASSH Charles Wallace India Trust Fellow 2015-16. She will be at CRASSH in Michaelmas Term 2015.

This goodly Cittie: Representations of the Urban Space in Select Elizabethan and Jacobean English Texts

The proposed project will engage with select Renaissance English representations of the non-European, European and English city in the light of twentieth-century theoretical and philosophical perspectives on both war and urban history. Works such as Ralegh’s The Causes of the Magnificency and Opulency of Cities and The Discovery of Guiana, Spenser’s Ruines of Rome, by Bellay, Robert Greene and Thomas Lodge’s play, A Looking Glasse for London and England, and the anonymous play A Larum for London, or the Siedge of Antwerpe will be central to the study. The endeavour will be to locate Renaissance English knowledge of the city at the cusp of Henri Lefebvre’s contentions in The Production of Space (1974) about urban allure and vulnerability with the archetypal feminine associations the city acquires in Lewis Mumford’s two pioneering studies, The Culture of Cities (1938) and The City in History: Its Origins, Its Transportations, and Its Prospects (1961).

The Renaissance city is the locus of conflicting aspirations among the diverse socio-economic groups inhabiting it, and these social, political, economic and religious anxieties are persistently expressed in terms of marred masculinity. Gendered representations of the city in Renaissance English writing across genres ultimately endorse and promote the inevitability of violent conflict and confrontation in the urban space. City walls are subsumed under the eroticised feminine iconography of cities in Renaissance literature. Walls putatively tantalise the foreign male aggressor gaze with what they conceal. From the emphasis on walls, one suspects further that cities tended to be seen as something of a paradise, a pleasure haven, albeit a manmade one. The allegorical play-off of phallic steeples and spires and demurely concealing walls operated far more effectively as lure for the external aggressor than as a deterrent. Conversely, such artful fortification was equally effective deterrents against resistance from the subject population within. The grandeur and magnificence of the built environment along with the putative threat of the rapacious conqueror lurking outside helped keep the humble in awe of the increasingly powerful, solvent state itself. Fascination with a beautiful city’s architectural glory, even as the city’s immorality is derided, operates in Renaissance English literature as evidence of the inhabitants’ pride, vanity and prodigality. The perceived irritants are the alleged excess of prosperity, leading to a disbalanced allocation of disposable resources. The greater the aesthetic pleasure, the shriller the apocalyptic admonition about the city’s imminent end. Thus the Orientalising gaze is directed not just outwards at racially alien “other” civilisations epitomised in their cities, but also inwards to cities closer home, if not one’s own urban space. Misogynistic rhetoric and iconography is used to indict one’s own city and alien cities alike for their irrational and hence effeminate excesses. Accordingly, the blame for masculine territorial greed, expressed through martial predatoriness, is conveniently deflected onto the licentious or vulnerable “female” city. The configuration of the city as a temptress may well be read in terms of Lefebvre’s contention about cities being a natural nucleus of aggressive acquisition since the early modern period.

Ananya Dutta Gupta has been teaching at the Department of English & Other Modern European Languages, Visva-Bharati, Santiniketan, for the past twelve years. In 1999, she was awarded a Felix Scholarship to pursue an M.Phil. in English Literature, 1500-1660 at the University of Oxford. She was awarded the degree of M.Phil., in part, for a dissertation on the philosophy of war and peace in Renaissance European and English Writings. In January 2014, Jadavpur University, Kolkata, awarded her a Ph.D. degree for her dissertation on Renaissance English representations of the city under siege. Her research interests are diverse and she has numerous scholarly articles in distinguished, peer-reviewed journals to her credit. Her revised Orient Blackswan Annotated edition of Edmund Spenser’s The Faerie Queene, Book I (2012) is currently in worldwide circulation. In 2013, she edited and wrote an Introduction for a special peer-reviewed volume on The Renaissance and its Afterlife of the journal apperception periodically published by her home department. 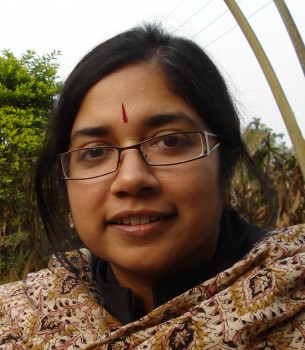