Whereas the impact of Ovid’s Metamorphoses on English literature forms part of the mainstream of English literary history, what has not been fully explored however, is how later writers were deeply influenced by the immense generic possibilities of the Heroides and how this in turn became a means to resist literary and political authority.

It has been fairly well established by now that the European Renaissance provided a model that has been modified to suit other periods and cultures. In this context, the proposed project will seek to compare and explore the ways in which Ovid’s Heroides was received, appropriated and manipulated by two writers: the English Renaissance poet Michael Drayton and the 19th century writer of the Bengal Renaissance - Michael Madhusudan Dutt. Separated as they are by time, context and language, Drayton’s Englands Heroicall Epistles (1597) and Dutt’s Bīrāṅganā Kābya (1862) engage in highly productive and transformative relationships with Ovid's Heroides. How then, does Ovid’s Heroides become a paradigm for resisting literary and political authority in two completely different ages, separated chronologically by almost 300 years? Can the reception of Ovid’s text by these two poets be seen as a marker of the concept of a cultural paradigm of the Renaissance, occuring as it were, in two different periods of history and in different cultures? What parallels do we see in the two poets’ engagement with Ovid’s text and what are the points of departure? The proposed project seeks to interrogate these questions through its analysis of Michael Drayton’s Englands Heroicall Epistles and Michael Madhusudhan Dutt’s Bīrāṅganā Kābya.

Sukanya Dasgupta has been Associate Professor in the Department of English, Loreto College, University of Calcutta since 2007. She was the recipient of a Charles Wallace India Trust research grant to the UK in 2001 and was awarded her Ph.D from Jadavpur University, Kolkata in 2003. She has co-edited The Word and the World (2009) and is the editor of Aspects of Modernity: American Women’s Poetry (forthcoming 2014). She has published widely on early modern English literature as well as on Renaissance art and court culture. 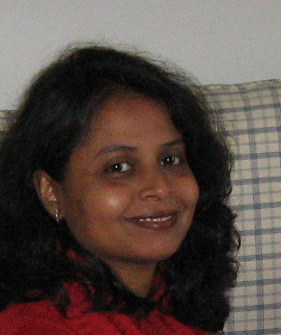