Ecocriticism of the Global South

I am fascinated by the greening of literary scholarship, which took the environmental turn in the 1980s and 1990s thereby entering a multiverse of cross-disciplinary conversations with life scientists, climatologists, geographers, anthropologists and social scientists.

Of special interest to me is ecocriticism’s consilient approach to the environmental crisis, which brought in the understanding that culture and imagination are also valuable keys in addressing the environment crises.

I am currently working on a book project titled “Ecocriticism of the Global South” which will explore narratives dealing with the imbrications of the social and the ecological in the Global South. These interspatial dialogues between literary texts and fissured environmental scapes suggest the need for new practices of reading both literary texts and the place of humans in nature.

The project seeks to engage with these questions while undertaking the discussion and analysis of literary texts:

This project aims to highlight the diversity that exists South of the Brandt line rather than attempting to present a singular view of “development discourses” applied to the people and places of the Global South.

Swarnalatha Rangarajan has been Associate Professor of English at the Department of Humanities and Social Sciences, IIT Madras since 2010. She was a Fulbright Pre-doctoral fellow at Harvard University in 1999-2000 and was awarded her PhD from the University of Madras in 2002. She is the founding editor of the Indian Journal of Ecocriticism (IJE) and has served as Guest Editor for two special issues on Indian ecosophy for The Trumpeter – the Canadian environmental journal of Deep Ecology published by the Athabasca University Press. She has published articles on ecocriticism in several journals and is currently working on a book project titled, Ecocriticism of the Global South. 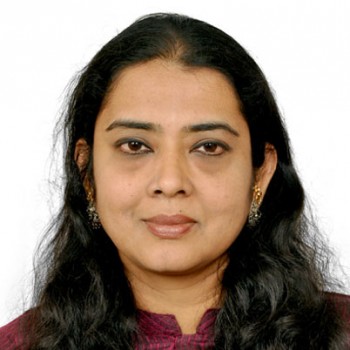