Dr Allesandro Launaro is a CRASSH Early Career Fellow 2017-18. He will be at CRASSH in Easter Term 2018.

The Impact of Empire: challenges and opportunities in Roman Italy, 1st to 4th c. CE

There is a tendency to concentrate on the consequences of imperialism for newly-acquired provinces or peripheral regions. However, the impact of empire on the centre may be as great, if not greater, especially as peripheries develop from a political and military land of conquest into an economically-integrated and ‘global’ empire. As much as the Roman conquest of the Mediterranean had been the driver of the Italian political rise and underlying economic growth (3rd to 1st c. BCE), the full maturation of the empire appears to have resulted in Italy being not only sidelined politically, but also profoundly affected in its social-economic structure, a process often interpreted in terms of crisis and decline. However, by relying on a more extensive range of material evidence than it has been the case in the past, this project will outline a radically different interpretation of what happened to Roman Italy in the period 1st to 4th c. CE. Building on the results of seven seasons of archaeological fieldwork at the Roman town of Interamna Lirenas and across its territory (Central Italy), this research will highlight how the transformations of the Roman empire triggered not a decline but a re-alignment of the social-economic structure of Italy: having lost political and economic competitiveness on the imperial stage, the Italians re-oriented their economy (and the social relations this economy was built on) towards Italy, making the most of their privileged access to the urban and rural markets of the most urbanized and highly populated region within the Roman empire.

Alessandro Launaro is a University Lecturer in Classics (Classical Archaeology) at the Faculty of Classics and both a Fellow and Director of Studies in Classics at Gonville and Caius College. He holds a Laurea in Classical Archaeology (2004) and a Phd in Ancient History (2008) from the University of Pisa (Italy), and has been a British Academy Postdoctoral Fellow (2009-12), a Leverhulme Early Career Fellow (2012-13) and a Research Fellow at Darwin College (2009-13). His research interests range from the archaeology of towns and landscapes in the Ancient Mediterranean (with a special emphasis on Roman Italy) to various aspects of the political, social and economic development of the Classical World (population, colonisation/imperialism, patterns of production, distribution and consumption) as seen through both material and textual evidence. Over the past seventeen years he has been extensively involved in archaeological fieldwork in different parts of Italy (Liguria, Tuscany, Marche and Lazio) and since 2010 he has been directing (together with Martin Millett) an integrated research project at the Roman town of Interamna Lirenas (Central Italy). 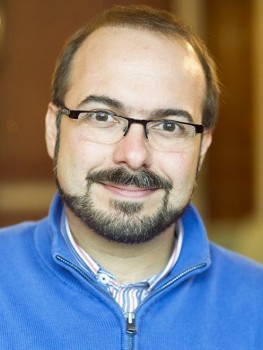