Theoretical Expertise and the Weaponising of the Phillips Curve, 1970-77

This presentation arises out of my work on the history of the Phillips curve (principally in Macroeconomics and the Phillips curve myth, OUP 2014), and on-going work on the theory of inflation in the early postwar period, and particularly on the idea of ‘cost-push’ inflation. That is an idea that has come to be much derided – sometimes overtly, often by those of a rather monetarist outlook who place it somewhere in the spectrum between incoherence and vacuity – and otherwise usually ignored in mainstream economics. Once one discovers the quantity written about it – which was truly enormous – and the cast of leading and once-mainstream economists who made some kind of constructive contribution to the discussion, this dismissal is remarkable. Even where more light shines, as it does in some heterodox circles, there is little in the way of historical appreciation of the idea.

Yet, the idea that organized labour, or the price-setting behaviour of large firms, or in some variations, an implicit conspiracy between unions and firms, was the principal source of postwar inflation, was once the dominant view. The latter-day monetarist’s point that inflation cannot be ongoing unless the authorities cause or allow an increase in aggregate purchasing power was well recognized, and easily met by the point that such an expansion of demand would be a necessity if full employment were to be maintained. Indeed, so easy was that response, that the monetarists of the time hardly bothered to raise this objection. As to the view that what this showed was that the goals of price stability and full employment were incompatible, or that there was a tradeoff between them, there are two responses. One is that the point may be correct, but it is an admission of the existence of a problem of cost-push inflation, not the dismissal of it that is sometimes suggested. But the response of the postwar period was more often to deny that such a tradeoff existed on the basis that ways could be found to control these sources of price increase which did not require the abandonment of the policy of full employment – that was the motivation of incomes policy. The effectiveness of incomes policy was of course always disputed, but that is another matter.

Into this mix, in 1958, was thrown the Phillips curve. Later it was represented as offering a supposedly-precise measure of the terms of the tradeoff policymakers faced between inflation and unemployment. In its conception, it was no such thing, but rather a suggested demonstration that cost-push forces were not responsible for inflation at all. What Phillips showed – or thought he showed – was that there was a clear relationship between wage increase and unemployment. That, not the behaviour of trade unions and industrial oligopolies, was the key. Consequently, any solutions to the problem of inflation would entail a higher level of unemployment. In other words, aggregate demand needed to be reduced and it was ‘demand-pull’, not ‘cost-push’ which was the source of the problem.

Phillips’ work was greeted sometimes with interest or curiosity, sometimes mockingly, but in Britain particularly, mostly with derision. His data was poor, his analysis fragile, and his understanding of the relevant wage bargaining practices, arrangements, and institutions negligible. Nevertheless, during the following decade, as a much more careful and thoughtful econometric literature developed, Phillips’ paper was often seen as one of its inspirations. Much of this work, though, particularly in the United States, incorporated proxies for cost-push forces into the equations describing wage change, and thereby departed fundamentally from what had been Phillips’ intent.

Early in the 1970s, the whole picture was changed by the fact that inflation rose to much higher levels than before. In this period of ‘stagflation’, unemployment also rose. In itself, that had the appearance of showing that the demand-pull school had been wrong – unemployment did not reduce inflation. That was very much the reaction of the old guard in Britain. The outcomes of the 1970s clearly showed that ‘the Phillips curve’ did not exist and that they had been right all along in their rejection of it. There was, though, much debate about where the explanation did lie, and the monetarist view was prominent in it. That view, though, was that inflation was traceable to specifically the increase in the quantity of money, and it proved difficult to make out that case in detail in the period in question.

At this time, a wider divergence of the American from most of the British literature developed, albeit, perhaps, only one of terminology. In the United States, the same label was applied much more broadly to any equation linking inflation and unemployment, along with whatever other variables an author chose to hypothesize. Consequently in the United States, it was something like a shared tool of analysis which almost anyone might deploy in seeking to understand inflation and unemployment and could equally well incorporate cost-push or demand-pull factors. In the United Kingdom, sometimes similar explanations of inflation were deployed without reference to ‘the Phillips curve’, as that remained a much more specific idea.

Certain parts the British literature took slightly different courses. Some authors – two journalists in the persons of Samuel Brittan and Peter Jay amongst them – each pursuing their own line of thinking, made arguments that later seemed to be part of the Phillips curve story. Members of this group were either monetarists, or closely associated with the British monetarists because of their view that only demand restriction would stop inflation, occasionally put their case in terms of ‘the Phillips curve’, or else put it in ways that were later easily translated into that language. These presented the curve (or some simulacrum) as having been central to British policymaking as inflation rose. In fact, of course, it had not, since the British economic establishment so firmly rejected the idea. Nevertheless, it is apparent from what has later been said about them, that they created some impression of acceptance of the curve as explaining British inflation.

Then there was the work of a group of determinedly demand-pull proponents of strongly monetarist inclinations, centred on a workshop on inflation at Manchester University. They were amongst the first to articulate clearly the application of what came to be called ‘the expectations augmented Phillips curve’ to data. Having to some degree at first seen the idea that expectations of inflation would change the relationship between wage change and unemployment as a challenge to the Phillips curve, they later incorporated the two ideas as one. This theory of ‘demand-pull plus expectations’ was then presented by them as the crucial challenge to the cost-push view of British inflation.

In numerous studies – some econometric, some surveying other work, some literary and descriptive – the Manchester group set about contrasting the two views. In doing so, they focussed on one particular part of the cost-push school. That was the work of A G Hines who had argued since 1964 that the varying aggressiveness of trade unions – ‘pushfulness’, as he called it – accounted for variations in British inflation. The Manchester group subjected his work to strenuous and detailed criticism, always with a view to showing its limitations. On the other hand, the same authors, considering the Phillips curve plus expectations view, gave the ideas involved a much easier ride.

Both in their selection specifically of Hines from all the work on cost-push inflation, and their insistence of accumulating points of doubt about his work, and using various platforms they acquired as being experts on the matter, they created what seems to be a very powerful case against cost-push. A fuller assessment of the cost-push literature would have suggested otherwise, as would an application of the same forensic criticism as Hines received to their own Phillips plus expectations view. Indeed, the comparison between their treatments of the two ideas might be seen as providing a striking lesson in economic rhetoric. The effect of it was to use a particular idea of ‘the Phillips curve’ to dismiss the idea of cost-push inflation, to condemn the supposed foolishness of policy in the preceding decades, and advocate the reduction of demand as the crucial component of an anti-inflation programme.

When Milton Friedman adopted this argumentative approach – as he did only in 1975, and then again in his Nobel Lecture the following year – the ‘Phillips curve myth’ that policymakers had all the while believed themselves to have faced a tradeoff and had resolved it in favour of inflation rapidly took hold. Though the propagation of that myth owes a great deal to Friedman, and the willingness of textbook writers to take up his story, much of the origin of it lies with the Manchester studies and the determination of their authors to reject the idea of cost-push inflation, and their use of the Phillips curve as an alternative paradigm. 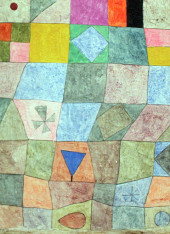 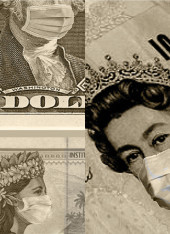 Economists in the City: Reconsidering the History of Urban Policy Expertise, a Blogged Conference

CANCELLED: The Politics of Quantification 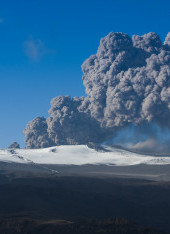 Theoretical Expertise and the Weaponising of the Phillips Curve, 1970-77

The Politics of Law and Economics

Economics for the Digital Age?

Indebted: Student Finance, Social Speculation, and the Future of the US Family