This event is free and open to all, booking is recommended

We are being told a simple story about the future of work: if a machine can record and imitate what you do, you will be replaced by it. Christened a “fourth industrial revolution,” a narrative of mass unemployment is now gripping policymakers. It envisions human workers rendered superfluous by ever-more-powerful software, robots, and predictive analytics.

Substituting robots for workers may seem like an impossibly grandiose ambition. But its main problem is not impracticality—rather, it is not nearly grand enough. It is a vision of society built on a narrow consumerism. We don’t exist simply to be served. We want to serve others, to make a contribution, and to find some meaning in our daily activities.

Another approach is possible—indeed, plausible. It is a future of robots and software complementing work, to make it better. I call technology that improves workers’ skills and opportunities “humane automation,” to be distinguished from other forms of technical advance that are indifferent to—or undermine—workers’ skills and wages. Fortunately, forms of humane automation are already taking root in many fields. As consumers and citizens, we can encourage this more inclusive and sustainable path. Enlightened policymakers and professionals can also re-channel the flow of commerce to respect, rather than replace, human initiative.

Frank Pasquale, JD, MPhil is an expert on the law and policy of big data, predictive analytics, artificial intelligence, and algorithms. He has advised government and business leaders on the health care, internet, and finance industries, including the U.S. Department of Health and Human Services, the U.S. House Judiciary Committee, the Federal Trade Commission, the Council of Institutional Investors, the Capitol Forum, and the European Commission. He has spoken on his book, The Black Box Society (Harvard University Press, 2015) at academic and policy venues around the world, including law, computer science, humanities, and social science departments. His work has recently been translated into Chinese, French, German, Korean, Hungarian, and Serbian, and he is routinely quoted in global media outlets. He has been recognised as one of the ten most-cited health law scholars in the United States. His current book project is tentatively titled Laws of Robotics: Revitalizing the Professions in an Era of Automation (under contract to Harvard University Press). 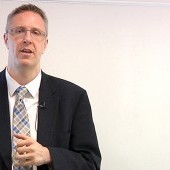