Solidarity has been a key frame of reference for progressive social movements throughout the 20th century. Central to workers’ struggles and strikes during industrialization, the concept quickly developed into a major tool and end in the transnational fights for decolonization such as the Bandung Conference, feminist movements such as the World March of Women and internationalist alliances such as World Social Forum. The widening of solidarity became almost identical with “social progress” during these struggles, epitomized in the Workers International.

In recent years, however, solidarity has come under increased scrutiny. Identity-oriented social movements, for instance, have criticized the attempt to appropriate their core under the banner of solidarity. Indigenous peoples have highlighted the danger of homogenization that goes along the calls for solidarity within broader alliances. This pushback from social movements, in turn, has impacted the way solidarity is theorized. Post-colonial scholars have highlighted the potential dangers of paternalism involved in transnational solidarity projects; feminist theorists have become increasingly worried about attempts to construct of a shared experience of womanhood as a basis for feminist struggles. From a political economy perspective, furthermore, the integrationist frameworks that had dominated European studies still during the 1990s are now seen with much more caution – in times of Brexit, calls for “solidarity with” seem almost anachronistic. In sum, the last two decades have been shaped by increasing skepticism towards generalized frameworks for social and political mobilization. Difference, accordingly, has become a political tool rather than an obstacle that is to be overcome through the extension of solidarity.

Yet we live in an increasingly globalized and politically fractious world. If the alternative to solidarity is a retreat into difference and division, then giving up on the possibility of solidarity might mean giving up on the kind of relationships needed to respond to the various social and political challenges of our contemporary world. In light of this worry, we are setting up the Solidarity Across Difference Network, through which to inquire as to whether, and how, solidarity across difference might still be possible. Can we take seriously the critique of universalism advanced by post-colonial theorists and feminists, and yet attempt a theorization of solidarity that evades the danger of homogenization? What would solidarity projects that bridge difference without undermining it look like? Are there existing examples of such projects from which we can learn? In seeking answers to these questions, the network will facilitate a dialogue, not only between proponents and critics of solidarity, but also between scholars from a range of disciplines, who share an interest in understanding the basis of progressive social and political movements.

Please contact Rosie or Felix before the first session in order to receive a PDF of the reading. 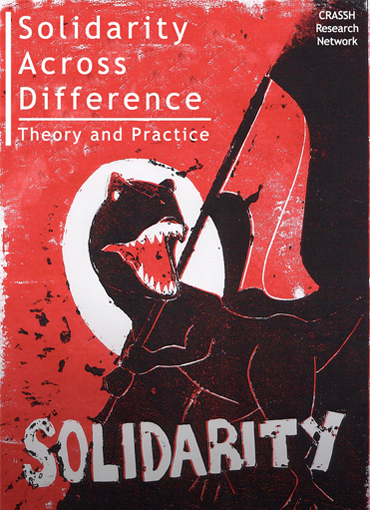