gloknos is pleased to be co-sponsoring the launch of Mapping, Connectivity and the Making of European Empires, part of a trilogy of books edited by Associate Member Luis Lobo-Guerrero (University of Groningen) for the Global Epistemics series with Rowman & Littlefield.

Prof. dr. Luis Lobo-Guerrero, University of Groningen and NIAS fellow
For more information about this event, including registering for the live-stream Zoom passcode, please email events@nias.knaw.nl.

Rehearsing mapping’s past and its multifarious relations with European imperial orders is not merely an historical exercise to contribute to a global history of cartography. What binds the several interventions is rather an awareness that looking at a particular moment of the past with composite methodologies and interdisciplinary gazes may harbour potential discoveries on the context-embedded relations between mapping, connectivity, and European empire to which we are not yet attuned. By exploring the imaginaries of the world in the mapping of Western modern empires, the book also links to the burgeoning literature on the history of international relations and empire. The emphasis on empires serves here as an important corrigendum for IR’s state centrism and Eurocentrism and contributes to further erode the myth of Westphalia. 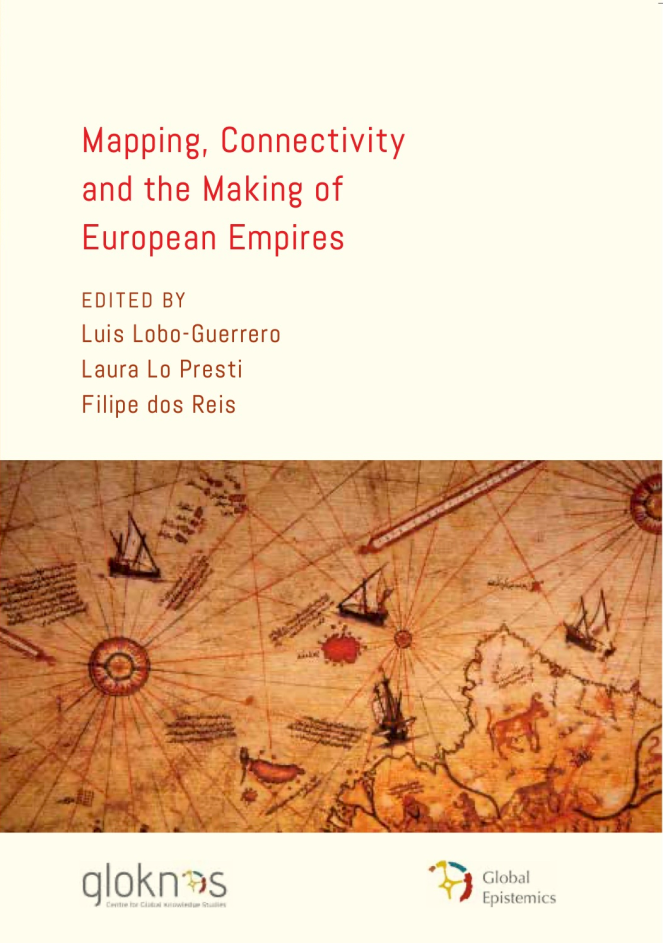 This impressive collection of essays offers an important and timely contribution to the study of mapping, empires, and the politics of space, with the novel addition of an explicit focus on connectivity. Particularly useful is the interdisciplinary nature of the volume, given that these issues undoubtedly cross—and bring into question—disciplinary boundaries.
— Jordan Branch, Assistant Professor of Government, Claremont McKenna College.

This fascinating follow up to Imaginaries of Connectivity offers an extraordinarily productive focus for further investigation of the problem of connectivity. Focusing on how, by strategically combining disparate elements, various mapping practices contributed to the creation of imperial spaces, Mapping, Connectivity and the Making of European Empires illuminates the role of maps as instruments of power, the complicated relationship between mapping and empire, and how the connectivities that maps depict both reflected European imperial ambitions and provided scaffolding for European imperial rule.
— Sandra Halperin, Professor Emerita, Department of Politics, International Relations, and Philosophy, Royal Holloway, University of London.

Drawing on a range of cases from the 16th through to the 20th centuries, the contributors remind us that a map is not merely a reflection of power; a map is power. Each chapter reveals how, by constructing the ‘other’ within a system of order, relative difference, connectivity, and circulation, mapping is fundamental to the logic of empire.
— Philip Steinberg, Durham University, Professor of Political Geography at Durham University.