This event is free and open to all, booking is recommended.

Talk about The Itinerary exhibition by photojournalist Dimitrios Bouras, followed by panel discussion and audience Q&A.

Eleven photojournalists have followed the trek of refugees from their point of origin – the Middle East and Sub-Saharan Africa – into Europe through the various stopover sites in Greece and the Balkans. The photographs in this exhibition document the refugees’ unimaginable struggles on their way to safety but also their routine, everyday activities and small moments of joy. Covering some of the distance between refugees and us, the photographs remind us that these are ordinary people on an extraordinary journey. They also make the viewer party to the experience and perspective of these eleven eyewitnesses to a great humanitarian disaster.

Further details about the exhibition and the photographers can be found here: theitineraryexhibition.com

The Itinerary exhibition will run from 12 November until 21 December 2018. It is located on the ground floor, first and second floors of the Alison Richard Building.

An interview with some of the photography can be found on the CRASSH blog.

Organised by Art at the ARB, supported by CRASSH and the Department of Politics and International Studies.

Dr Dimitrios Bouras
Dimitrios has been working as a photojournalist since 1981. Since the beginning of the first Gulf war, he has worked in areas with humanitarian crises and war worldwide. He followed both Gulf Wars, the war in the Balkans (resident in Sarajevo) and Chechnya (1994-96). Having completed his PhD studies in 1995, he is currently working on his post-doc research on new forms of war: Beyond Dichotomies: Reassembling Global Challenges through the Local.
Dimitrios followed, documented and worked as a backgrounder for ISW, during the “Arab Spring” (especially Egypt, Tunisia and Syria). He worked in Syria from 2011 up to 2017, mapping rebel groups and correlating them. In 2018 he completed a five-year study on the TB epidemic in Ukraine and Forgotten Diseases, funded by the Center for Disease Control and Prevention, USA (CDC). His first documentary, on assignment for National Geographic Asia, was Forgotten Youth. His areas of particular interest are the Middle East (Levant) and Caucasus/Eurasia, Ukraine, Nagorno-Karabakh, Osetia, Uzbekistan and Transnistria.

Orestis Seferoglou
Orestis is a freelance photojournalist. His area of interest is beyond everyday photojournalism, focusing on long-term projects and human relationships. Orestis is collaborating with international humanitarian organizations like CARE, Solidarity Now and currently with HumanRights360 and has first-hand expertise and knowledge from his fieldwork around Greece and the Balkans. His areas of interest are Greece and Balkan states.

Dr Sara Silvestri
Dr Silvestri is Senior Lecturer at City, University of London and Affiliated Lecturer at the Department of Politics and International Studies, University of Cambridge. Her research interest and area of expertise provides a unique opportunity to combine and correlate the issues of migration/refugee with the evolution of public policies responding to the challenges of migration, multiculturalism, Islamism and terrorism. She is interested in the intersection between religion (especially Islam and Christianity) and politics with particular attention to the Euro-Mediterranean region. She is currently researching the role of faith-based groups in the global governance of migration.

Diego Azurdia
Diego is the vice president of the Cambridge University Migration Society. His migration work comes from across the pond and focuses mainly on Central American migrants in the USA and their journey to get there.

Emmanouela Soldatou
Emmanouela is a student at the Centre of Development Studies at Cambridge University and has been working as a volunteer and street worker with Steps NGO, a grassroots organisations based in Athens that looks after street-connected people. 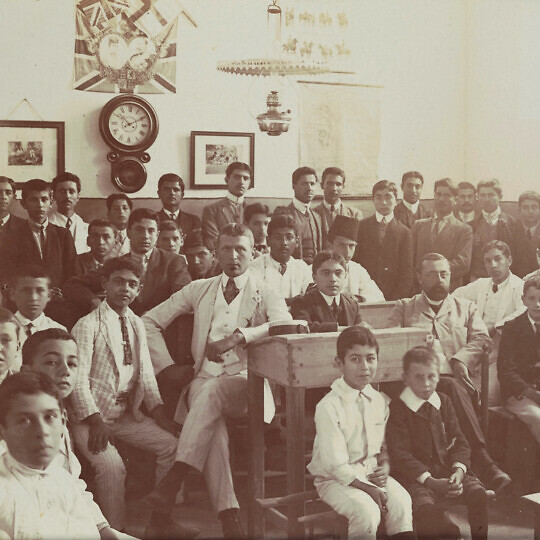