Our CRASSH Impact speaker this Easter Term will be Reni Eddo-Lodge, whose Why I’m No Longer Talking to White People About Race recently won the 2018 Jhalak Prize for the best book by a British BAME writer.

On 16 May 2018, Reni Eddo-Lodge will be in conversation with Heidi Safia Mirza. The event is free and open to the public. No registration required.

The conversation will be chaired by Shakira Martin (President, National Union of Students). 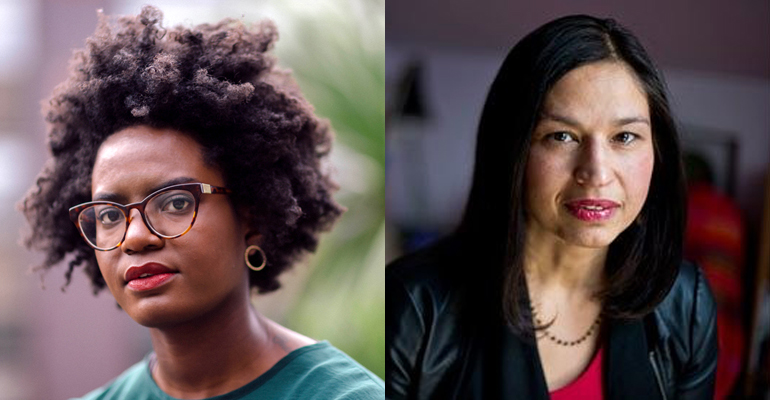 ‘I am not racist but…’: An uncomfortable conversation with Reni Eddo-Lodge and Heidi Safia Mirza

Never has there been a time when ‘Race’ and racism is so openly talked about and yet its roots so hidden and hard to tackle. The Windrush scandal becomes an administrative botch; Grenfell becomes a privatisation ‘disaster’. Decolonising the curriculum becomes an attack on freedom of speech; the xenophobia that drives Brexit is packaged as rational economic sovereignty. In this post-race, post equality moment defined by colour-blind sentiment (‘we are all the same’) and empty antiracist declarations (‘I am not a racist but’), Reni Eddo-lodge was moved to write her bestselling book – Why I’m No Longer Talking to White People About Race. Fed up of having to explain her mere existence to soothe the conscience of those who want to feel better about the privileged positions they hold, Reni will continue this difficult conversation with the black feminist scholar Heidi Safia Mirza.

Together they ask, How does racism and white privilege manifest itself now? Why has the equality legislation and the diversity industry failed? What is the language of ‘antiracism’ and have we moved from ‘institutional racism’ to ‘unconscious bias’? What clarity does a black feminist intersectional approach bring, and how can we decolonise minds and institutions?

Reni Eddo-Lodge is a London-based, award-winning journalist. She has written for the New York Times, the Voice, Daily Telegraph, Guardian, Independent, Stylist, Inside Housing, the Pool, Dazed and Confused, and the New Humanist. She is the winner of a Women of the World Bold Moves Award, an MHP 30 to Watch Award and was chosen as one of the Top 30 Young People in Digital Media by the Guardian in 2014. She has also been listed in Elle‘s 100 Inspirational Women list, and The Root’s 30 Black Viral Voices Under 30. She contributed to The Good Immigrant.

Heidi Safia Mirza is Emeritus Professor in Equalities Studies, UCL Institute of Education and visiting Professor of Race, Faith and Culture at Goldsmith’s College, University of London. She is known for her pioneering intersectional research on race, gender and identity in education and has an international reputation for championing equality and human rights for women, black and Muslim young people through educational reform. She is author of several best-selling books including, Black British Feminism and Young Female and Black, which was voted in the BERA top 40 most influential educational studies in Britain. Her forthcoming coedited book is Dismantling Race in Higher Education: Racism, whiteness and decolonising the academy (Palgrave McMillian 2018).