Our CRASSH Impact speaker this Easter Term will be Reni Eddo-Lodge, whose Why I’m No Longer Talking to White People About Race recently won the 2018 Jhalak Prize for the best book by a British BAME writer.

On 15 May 2018, Reni Eddo-Lodge will be in conversation with Priyamvada Gopal. The event is free and open to the public. No registration required. 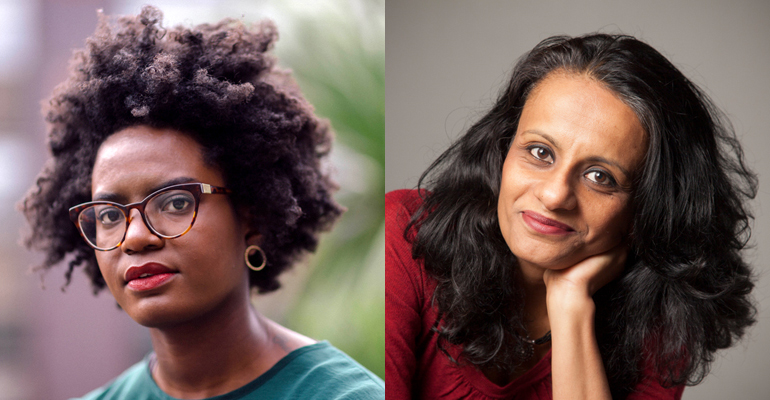 Reni Eddo-Lodge is a London-based, award-winning journalist. She has written for the New York Times, the Voice, Daily Telegraph, Guardian, Independent, Stylist, Inside Housing, the Pool, Dazed and Confused, and the New Humanist. She is the winner of a Women of the World Bold Moves Award, an MHP 30 to Watch Award and was chosen as one of the Top 30 Young People in Digital Media by the Guardian in 2014. She has also been listed in Elle‘s 100 Inspirational Women list, and The Root’s 30 Black Viral Voices Under 30. She contributed to The Good Immigrant.

Priyamvada Gopal is a Reader in Anglophone and Related Literatures at the University of Cambridge and a Fellow of Churchill College. She is the author of Literary Radicalism in India (Routledge 2005) and The Indian Novel in English: Nation, History and Narration (Oxford 2009). She has written for The Guardian, The Nation, Al-Jazeera, Open: the Magazine and The Hindu among others. She has also participated in programmes with the BBC, NDTV-India, the Canadian Broadcasting Corporation, National Public Radio and al-Jazeera. Her forthcoming book, Insurgent Empire is due out with Verso in Spring 2019.