This conversation is open to all. 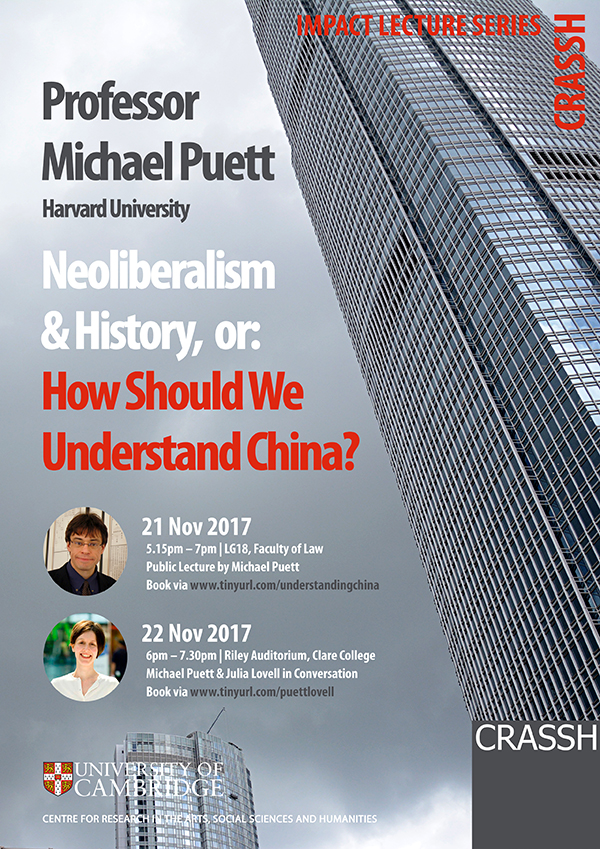 ‘Wuxi nightshot’ is licensed under the following Creative Commons license: CC BY 2.0. The image has been cropped.

Michael Puett is the Walter C. Klein Professor of Chinese History and Anthropology, as well as the Chair of the Committee on the Study of Religion, at Harvard University. His interests are focused on the inter-relations between philosophy, anthropology, history, and religion, with the hope of bringing the study of China into larger historical and comparative frameworks. His books include To Become a God: Cosmology, Sacrifice, and Self-Divinization in Early China and The Path: A New Way to Think About Everything (co-authored with Christine Gross-Lo).

Julia Lovell is a Reader in Modern Chinese History and Literature at Birkbeck, University of London. Her research has so far focused principally on the relationship between culture (specifically, literature, architecture, historiography and sport) and modern Chinese nation-building. Her books include The Great Wall: China Against the World 1000 BC – AD 2000 and The Opium War: Drugs, Dreams and the Making of China (winner of the 2012 Jan Michalski Prize for Literature).