Please note that this event is primarily a closed workshop.

The European Union has been operating in a state of crisis since 2007-08. This crisis follows decades of rising Euro-scepticism and swelling support for populist parties on the left and right. There seems to be a growing perception that the EU and much of what it has stood for—a commitment to peace, equality, cross-border solidarity, regimes of free trade and free movement of people, promotion of international human rights and, not least, steady economic growth—is no longer working.

The purpose of integration was relatively clear in the 1940s and 1950s, when architects of the Union convinced European populations that integration would simultaneously ensure peace and promote economic and social progress and cohesion—both within countries (through the gradual development of welfare states) and between countries (through political and economic convergence across the Union). Today, however, we are faced with stagnant growth, rising inequalities (both within and between member states) and growing social divisions across the Continent. To be sure, widening gaps in opportunities and wealth are part of wider globalization processes. But the European project was founded (at least in part) on a promise to shield European societies from global market forces and to promote economic growth while simultaneously expanding social democratic welfare states. This promise has not been fulfilled, and many now blame the EU—and the constraints it imposes on national policies—for the current malaise.

To move forward, a new vision for Europe is needed that is mindful of the distributional consequences of integration. It is no longer sufficient to justify European integration in terms of the attainment of economic growth in individual countries, or the absence of armed conflict at the regional level. Nor can we continue to take it for granted that deeper and broader integration is an end in itself. Rather, what is needed are practical proposals for institutions and policies consider the impacts of ‘Europe’ on inequalities within and across member states.

In this spirit, this workshop will focus debate on concrete, practical solutions that can inform future policies. The workshop will focus on three sets of questions. First, does European integration strengthen or erode the capacity of member states to realise domestic commitments to social solidarity? If integration undermines national problem-solving capacities, what can be done about it? If not, does the EU do enough to maintain commitments to social justice and solidarity?

Second, what are the effects of European integration on cross-national inequality? Should the EU aim to promote greater EU-wide equality? If so, how might a reformed European social policy do so? And what is the appropriate balance between a more comprehensive EU social policy and national policies?

Third, the free movement of persons has become increasingly controversial, in part due to a growing public perception that immigration puts downward pressure on wages, undermines state capacities to provide public services, and weakens social solidarity. Why, in the presence of such controversy, should freedom of movement remain a foundational commitment of European integration? How can we ensure a fair sharing of the costs and benefits of free movement across member states? 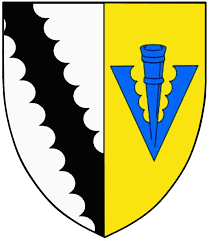 Supported by the Centre for Research in the Arts, Social Sciences and Humanities (CRASSH), the Cambridge Humanities Research Grant Scheme, and Sidney Sussex College.

The image above is licensed under the following Creative Commons license: CC BY-NC-ND 2.0. No changes have been made.