Recordings from the conference are available here.

In February and March 2014 the world media were closely following the developments in Crimea as the Ukrainian peninsula was being, according to the qualification of the UN General Assembly, annexed, in real time. The occupation of Crimea proved to be a precursor to the military confrontations in Eastern Ukraine that have been taking place ever since. These crises, unfolding in the aftermath of the Maidan revolution, have not only violated the sovereignty of an independent state, but also thereby jeopardised European security as a whole and  shaken the very foundations of international law. Three years on, the annexation of Crimea and the conflict in the East of Ukraine have been dangerously normalised, and the discussion of the international law status of these events has become dormant. The series of the most recent alarming cyber attacks, directed against the infrastructure in Ukraine and beyond, have posed yet new critical questions to the system of international law.

Has international law missed its chance for action? Can it be an efficient tool of settlement at a time of crisis like this? To what extent our articulation and understanding of the events in Ukraine conforms to the vocabulary and principles of international law? And do some aspects of international legal system itself need to be revisited or even reloaded?

The conference seeks to address the complex set of pressing issues that international law and the international community have faced in view of a series of crises that have taken place on the territory of Ukraine since February 2014. Given the multi-faceted nature of these issues, the event will attempt to provide an interdisciplinary perspective on them. To this end, the conference will gather leading experts in international law, political science, information policy, and cyber security, and will serve as a forum for the discussion of the dynamic relationship between the situation in Ukraine and the development of international law, including the stakes of cyber warfare in Ukrainian context and beyond. 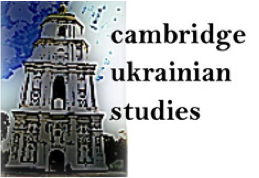 Supported by the Centre for Research in the Arts, Social Sciences and Humanities (CRASSH), the Cambridge Committee for Russian and East European Studies (CamCREES), Cambridge Ukrainian Studies, and the University of Cambridge's Department of Slavonic Studies.

Unfortunately, we are unable to arrange or book accommodation for registrants. The following websites may be of help:

Comparing cultures of solidarity: socialist internationalism and solidarity across the Eastern Bloc and beyond

Comics and the Global South