This lecture will be given by Dr. Nancy Birdsall (Senior Fellow and President Emeritus, Center for Global Development, Washington DC).

The founders of the World Bank designed its governance, including the system of weighted votes, to align market power and influence with member countries’ ability and willingness to finance the bank’s operations. That alignment has been a central factor in the bank’s ability to raise and leverage capital as well as grant resources for development investments, and was replicated in large part at the four major regional development banks founded in the 20th century as well as at the new Asian Infrastructure Investment Bank founded in 2015. I set out two specific recommendations to the common (and heavily overlapping) shareholders of the major multilateral development banks (MDBs) of a recent report on the future of the multilateral banking system: for a grant window to focus on global public goods at the World Bank, and for a gradual correction of the current imbalance between the World Bank and the African Development Bank in availability of concessional resources for sub-Saharan Africa. The barriers to shareholders’ attention to the recommendations (habit, history, and hard-wired governance arrangements of the banks themselves) illustrate the challenges of adjusting the legacy 20th century banks to 21st century development realities. I conclude with a brief discussion of the underlying problems of effective global economic governance including the waning power and influence of the United States in the absence of a successor hegemon; and with the economic rise of developing countries and the increasing influence of global civil society, the new demands for greater 'ownership' by developing countries of development institutions and programs.

The talk will form part of the Transformations in Global Economic Governance conference (28-29 September 2017) at CRASSH.

This is a public event and is open to all, free of charge. No registration is required. 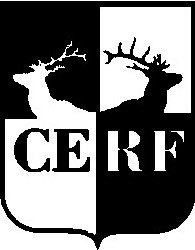