Sami Everett is a Research Associate for the Religious Diversity and the Secular University research project at CRASSH. His interdisciplinary research juxtaposes the role of encounter and exchange in religiously diverse urban everyday settings and in contemporary intellectual production. He writes against a discursive backdrop of increasing concern over identity and pluralism – a core concern of the project. 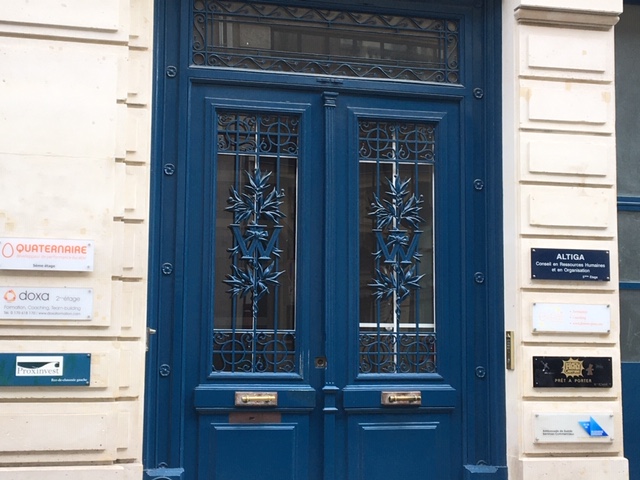 Q. Sami, what is your article ‘Une Ambiance Diaspora: Continuity and Change in Parisian Maghrebi Imaginaries’ about?

The article is an ethnography (or case study) conducted over the last ten years of multi-religious relations in the workplace at a tech company called M-Switch situated in the central Parisien neighbourhood of le Sentier. In it, I attempt to show contemporary cross-generational feelings of both proximity to and distance from North Africa among Maghrebi Jews and Muslims in France and their descendants.

The story told in this article is in part about Jewish observances of North African rites and the relationship between these and how we think about Jewish North African history. Since both relate to an emotional attachment around a space that no longer exists or which exists anew in Paris. Importantly however I also describe the notion of ambiance diaspora which is actively used at M-Switch as a trope for the non-erasure of the religious self in feelings of Maghrebiness (proximity with a culture, a language, a mode of interaction). Ambiance diaspora enabled me to evoke the Maghreb in the plural i.e. through shared understandings of North Africa among Jews and Muslims in France.

My attachment to and interest in the Parisian neighbourhood of le Sentier extends back to my childhood. My involvement in business there began almost two decades ago, and my intellectual interest in textiles, tech, and “ethno-trade” in le Sentier was the initial impetus for the doctoral work that I commenced a decade ago. Le Sentier, to me and to many others born after its textiles heyday (that started in the 1970s), speaks to family stories. For me, these stories revolve around Zeitoun (whose French passport name is Olivier), the Tune (Tunisian Jewish) fabric trader who helped my grandparents in their store before I was born. They also speak to my later rediscovery of le Sentier, when I moved to central Paris as an adult, and my hot-cold reception of La vérité si je mens, the first of a now-infamous series of films about North African Jewish textiles traders in le Sentier. It is a hilarious portrait of Sephardic culture in France, but it also conventionalizes that culture through a series of Manichaean clichés and characterisations to which I was subjected as a child. Writing about M-Switch, has taken on further personal prescience since the birth of my daughter and my movement from the commercial sphere, in which I was formerly rooted, into academia, PhD in hand, in 2015 when I was employed at Cambridge.

Q. Around which themes did you decide to structure the article, and to what end?

The article is structured around the ways in which the Maghreb is remembered and reenacted in contemporary Parisian commercial society across generations and religions (Judaism and Islam). One of the main reasons for this is to show that the antagonistic Israel-Palestine paradigm for Jewish-Muslim relations, though important, does not always have an overriding power of representation nor does it always guide behaviours. This is also perhaps the main contribution to our understanding of Interreligious Muslim-Jewish relations in France. 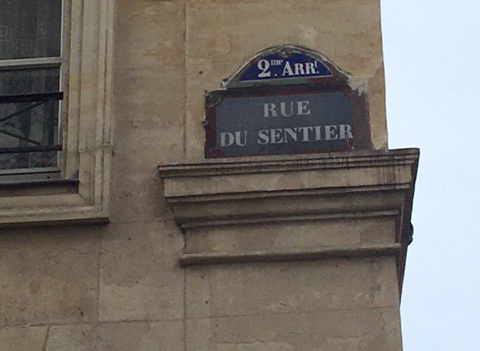 Q. What would readers be surprised to learn about in your article?

One of the things that the reviewers pointed out was that there is a common assumption that due to various historical factors, notably the fact that Jews in Algeria were made French in 1870, French Jews of Algerian descent are greatly distanced from a cultural context that might link them to French generations of Algerian Muslim descent and yet the central protagonist of my piece is a self-identifying Algerian rabbi-entrepreneur. Moreover, the simple existence of M-Switch as a site in which persons attached to their Jewish and Islamic traditions cooperate and create together is a counter-narrative to much of that which is understood about contemporary Muslim-Jewish relations in France.

• The article can be found on the Cambridge University Press website.

M-Switch illuminates the continuation in le Sentier of the cooperation that defined much commercial culture in the Maghreb. It also demonstrates the experiential difficulty of creating a complex, entangled Maghrebi Jewish-Muslim forum, which is not always reducible to established binaries, be they ethnic (European or Arab), national (Israel or Palestine), or civilizational (Judeo-Christian or Islamic). M-Switch, as a site of reimagined communal Maghrebiness, is a space within which a future together is envisioned, often through ingenious, economically dependent ways.