Simon Beard, a postdoctoral researcher at CRASSH and the Centre for the Study of Existential Risk, has just been announced as one of this year’s New Generation Thinkers, an annual competition run by BBC Radio 3 and the Arts and Humanities Research Council to develop a new generation of academics who can bring the best of university research and scholarly ideas to a broad audience – through BBC broadcasting. 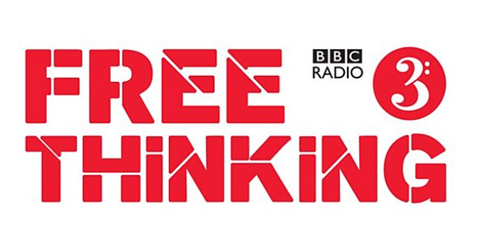 When trying to make the best possible decision people usually tend to view uncertainty as a bad thing. In a new report written Peter Hurford, Kathryn Mercow and myself we argue that this is a big mistake. The report looks at decision making across four Effective Altruism organisations, philanthropic and academic institutions whose sole aim is to do as much good as possible. We argue that there is no way around uncertainty when making such decisions, but that acknowledging it, and responding correctly to it, can help us make much better decisions in future.

Knowing more about uncertainty means knowing more, full stop. Whilst it is always tempting to pretend that we can produce precise estimates of costs and benefits or the likelihood of a particular outcome this overconfidence leads to a significant destruction of information. Statistical estimates of the 95% probability range for something (the range within which we should expect that thing to occur 95% of the time) are full of information that is missing from any mean or median point estimate. For instance, they tell us how robust our conclusions should be, what the best and worst likely outcomes we can expect are and whether outcomes appear to be normally distributed (in which case there is some justification for focussing on what is most likely to happen) or might be skewed (in which case we should be more concerned about the ‘tails’, the less likely, but potentially more significant extremes).

The problem is that we prefer the illusion of certainty, even if we know it produces bad decisions. For instance, it was well known that victory for Brexit and Trump were well within the range of possible outcomes in last year’s votes, but almost everybody, from journalists and politicians to academics, preferred to assume that the most likely outcome was the one we were going to see. In fact, the patterns of uncertainty in the polling not only revealed the possibility of these electoral results but also exposed the conditions most likely to bring them about.

Failing to make prudent predictions of an electoral result is one thing. However, for the Centre for the Study of Existential Risk, where I work, the stakes are much higher. How certain are we that humanity will survive the next few hundred years? Here most of what we have is uncertainty, but it is uncertainty of a particular kind. We know, for instance, that however probable human extinction events are they will always be amongst the worst-case scenarios in any predictions. Hence, we can usually expect these scenarios not to materialise. However, given the enormous costs associated with human extinction, or even near extinction, ignoring these worst-case scenarios would be a terrible idea. Hence, we can know in advance that we will have to make many very pessimistic predictions about existential risk if we are­­ to avoid it. Working out just how pessimistic to be will depend on being clear about what we do not know just as much as being certain about what we do know.

• Simon will be talking more about risk, uncertainty and possible human extinction on BBC Radio 3’s Free Thinking at 10pm on Tuesday, 4 April 2017 – also available as the BBC Arts and Ideas podcast.

It was well known that victory for Brexit and Trump were well within the range of possible outcomes in last year’s votes, but almost everybody, from journalists and politicians to academics, preferred to assume that the most likely outcome was the one we were going to see.