Aid marks the rise of a substantially different mode of migration containment, one where power works beyond fast violence, and its disciplinary potential is augmented precisely by its elusiveness.

Lorena Gazzotti is the Alice Tong Sze Research Fellow at Lucy Cavendish College, based at CRASSH. Her book is based on almost a year of fieldwork exploring the rise of ‘Sub-Saharan migrants’ as beneficiaries of the aid industry in Morocco.

Q. What is your book Immigration Nation. Aid, control and border politics in Morocco about?

The book explores aid as an instrument of border control in Morocco. European, North-American and Australian policy-makers regularly come up with proposals to use development and humanitarian funding to stop migration upstream – in countries of migrant origin or ‘transit’. My book questions what happens once the proposals are signed, the funding is disbursed, and the projects that should allegedly prevent migrant people from travelling irregularly to the Global North are actually implemented. What I show is that aid does not work as an instrument of border control in the way policy-makers intend – for example, by providing an economic alternative to migration to ‘potential migrants’. Rather, aid creates spaces and opportunities for new forms of exclusion and control to be exercised on migrant communities. I show that aid marks the rise of a substantially different mode of migration containment, one where power works beyond fast violence, and its disciplinary potential is augmented precisely by its elusiveness. 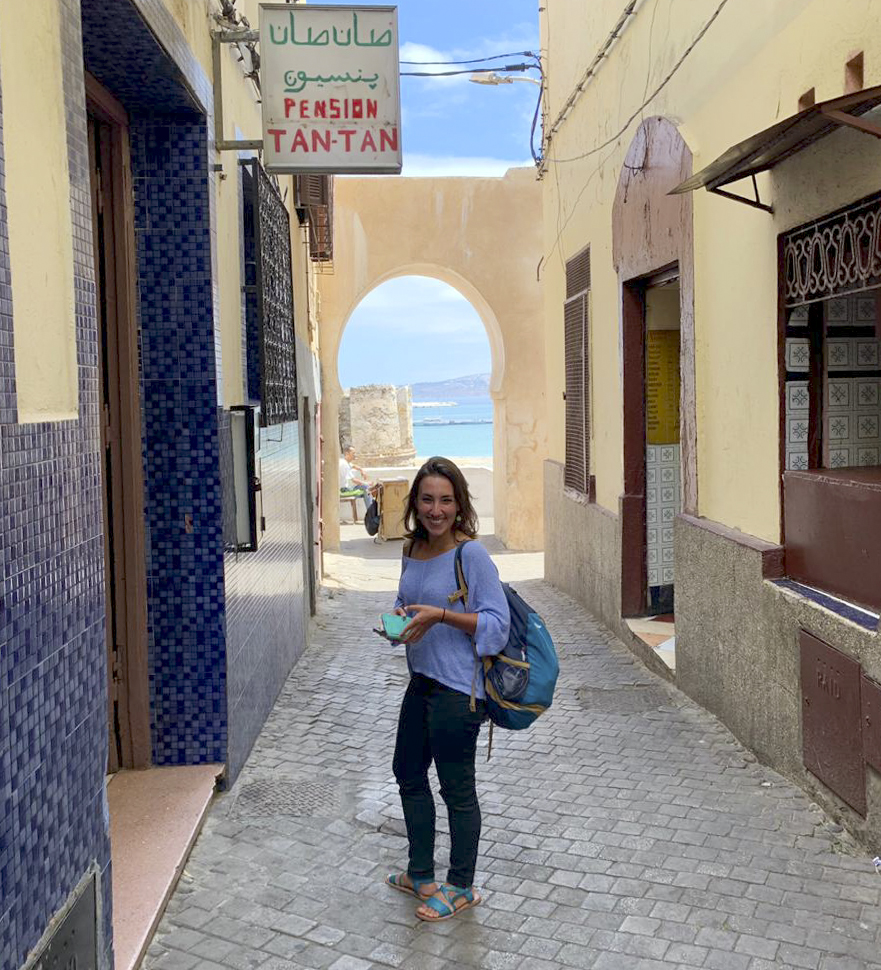 Lorena Gazzotti on fieldwork in Tangier.

The subject I explore in this book – border containment – is part of a broader line of research that I am pursuing on the workings of elusive control in contemporary society. What I am interested in is how assumptions of care and privilege – the will to do good, the desire to feel special – make control more acceptable to the eyes of institutions and the people who inhabit them. Yes, utilising aid to fund border control is bad, but if you use it to fund a labour integration project for unemployed people it is not that bad, no? Yes, using Higher Education institutions as implementers of counter-terrorism policies like Prevent is bad, but if you are doing it as another way to watch out for students it is not that bad, no? When control slips into care, there is always a but, always a however, always something that makes that control seem more acceptable. By enacting strategies not to see the work they do as containment, frontline border workers further undo the 'perceptual' dimension of border control, to use the words of Elizabeth Povinelli: 'it just takes a sentence, a polite shrug, and containment fades into the background, too subtle to sustain concerns, too present to completely appease them'. And this is what the book is about: trying to understand the workings of power in situations where power tries to work through camouflage.

Each chapter of the book explores how aid contributes to the production of ‘subSaharan migrants’ as a population group of concern by following the workings of aid through six societal fields: public discourse, civil society relations, welfare, labour, voluntary return, and humanitarian assistance. I follow aid policy as it expands beyond the traditional sites of state security, permeating mundane societal sectors that are not habitually the locus of migration containment. 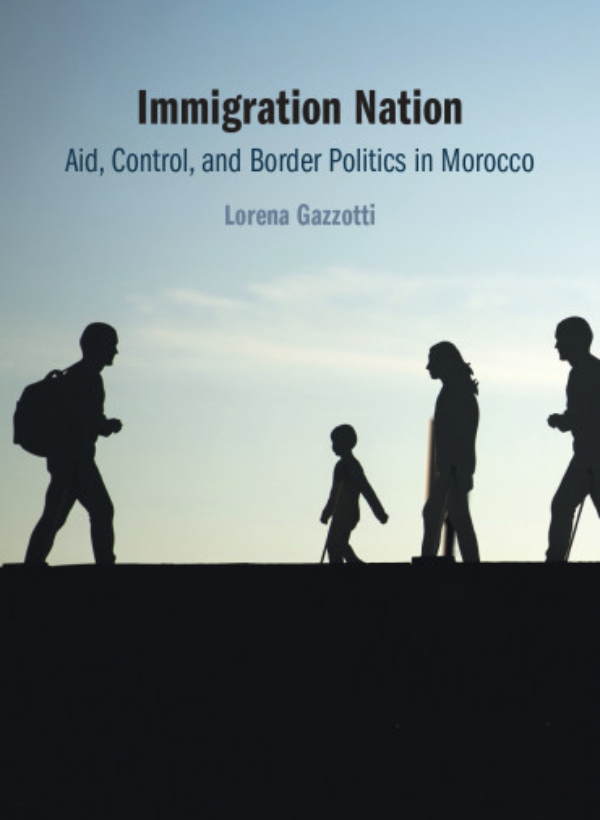 Q. In your view, wherein lies the book's main contribution to our understanding of border control?

By focusing on how aid-funded projects work in practice, my book manages to discard four myths about border control. Donors are not all-powerful: they rarely manage to get partner countries’ full cooperation in migration control, let alone to perfectly transpose their border outsourcing aspirations on the ground. International Organisations and NGOs are not almighty: their movements are often critically constrained and policed by domestic authorities, their projects crafted in such a way as to not hurt the sensibilities of local governments, and their very existence is constantly threatened by donors’ shifting strategies. But we should not see these organisations as abject either: NGOs and IOs, in fact, also operate as autonomous actors that devise strategies to ensure their own institutional survival and the achievement of their own political mission. This might lead them to take choices that align (or not) with those of donors or of local authorities. Finally, domestic actors hardly match the image of compliant subcontractors. They pose limits to the presence of external actors on their territory by selectively cooperating into or obstructing aid-funded projects, depending on their own political agenda.

The academics that have read my book have all been surprised to learn that some community-based officers working for International Organisations in Morocco are contracted as volunteers and remunerated with very low wages despite performing a central role in the life of their organisation (maintaining the link with migrant communities). In the case I mention in my book, the International Organisation under study claimed that being contracted as volunteers gave community-based officers the possibility to be involved in the life of the organisation while maintaining another job on the side. I think this detail sits with a lot of colleagues because, quite ironically, this is the reason Higher Education institutions often give to explain why they do not want to give secure contracts to teaching staff paid by the hour, especially when these are graduate students or recent graduates. One might think that there is nothing in common between a casual lecturer in an élite university in the UK and a ‘volunteer’ community-based officer in Morocco, but there is: their labour is devalued, and the institutions contracting them justify labour devaluation as an ‘opportunity’. 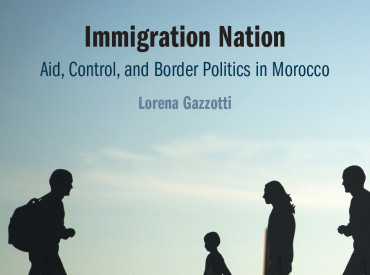