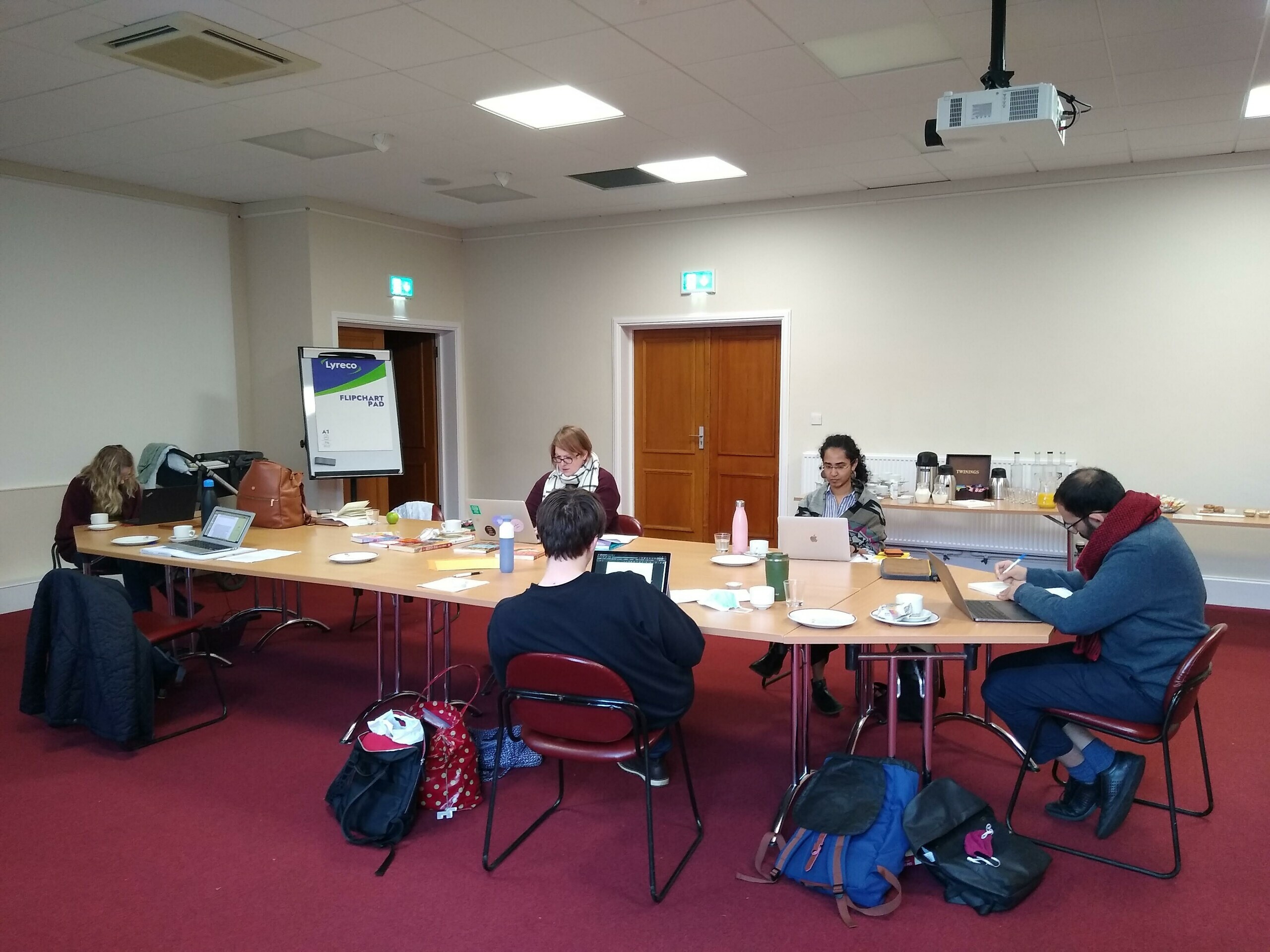 For me, the Opening Lines Writing program has been about space: not only a weekly space held in my schedule for book-writing, but also a space to lift my head from the furrows and scan the broader field in which my writing practice is faring. The space of Opening Lines stands in stark contrast to plentiful other academic spaces in my life: those characterised by high-pressure, fast-pace, and competition. Opening Lines has been, instead, a space opened out for practical support, inclusivity and a kind of growth that is sustainable in the longer term.

The Opening Lines Writing Workshop on 11 and 12 of December 2021 was the culmination of nine months of cultivating these spaces. Begun as a CRASSH sponsored pilot program envisioned by Asiya Islam, an early career researcher, in collaboration with Jenny Chamarette, a writer and a mentor. Opening Lines brought together a cohort of scholars in the arts and humanities who are writing their first academic books. On a weekly basis, we engaged in writing exercises, collective writing sessions, peer feedback, and received one-on-one writing support. In the process, we variously wrote new book proposals, approached editors, sent off sample chapters to interested presses, and re-imagined existing book chapters.

As someone who arrived in Cambridge amidst the pandemic, this group became a very rare space of solidarity and informal trouble-shooting for me in the solitary process of academic writing. I learnt about the variety of editorial processes through which book-writers move, and came to track my progress in more thoughtful ways. Weekly writing sessions kept my book-writing practice alive amidst the many other tasks that fill term-time.

Finally, then, on a Saturday morning in mid-December, negative lateral flow tests in hand, seven of us found our way to a large room in Selwyn College for a two-day writing workshop.

A key part of the workshop was the physical space of our meeting. The room at Selwyn was divided in two: a conference table in one half hosted our round-table feedback sessions. In the other half was a carpeted area that we filled with yoga mats and blankets. The latter allowed us a different style of venue in which to work: to update one another on our book progress and to plan our next steps. Finally, in the College gardens there was room for one-on-one walk and talk sessions, where we could process book ideas and discuss road-blocks in our larger projects.

At the workshop, roundtable feedback sessions gave us an opportunity to share a work in progress. In Opening Lines, the bedrock of our peer-feedback has been invitational: we speak constructively about our experience as a reader and imagine with the author some alternate approaches that they might take. The result, for me, is always a greater sense of attentiveness to my readers, greater courage to try new methods of presenting my work, and some practical ideas about how I might tackle potential challenges.

For many early career researchers (and no doubt more well-seasoned ones, too) the obstacles to writing are numerous: practical concerns around time and energy and– as working from home has made many aware– mere desk space. Then there are our attitudes towards writing, sometimes shaped by a variety of negative experiences. The writing of one’s first academic book is a massive under-taking, and Early Career Researchers often tackle the task with little support for the actual writing process. It is rare to be given the opportunity to talk about one’s project honestly, uninterrupted, in a context where the goal is not to gain an editor’s ear or to convince a peer reviewer but to process, plan and receive support.

The weekend workshop was only possible because of a months-long process of building trust between members of the cohort— a rare opportunity for Early Career Researchers who often fill more transient professional positions. This collective trust was built by the kinds of commitment and community fostered in the initial meetings of Opening Lines. CRASSH has been instrumental in creating this kind of longevity of support. It is a long process to write a book.

In Opening Lines, the bedrock of our peer-feedback has been invitational: we speak constructively about our experience as a reader and imagine with the author some alternate approaches that they might take