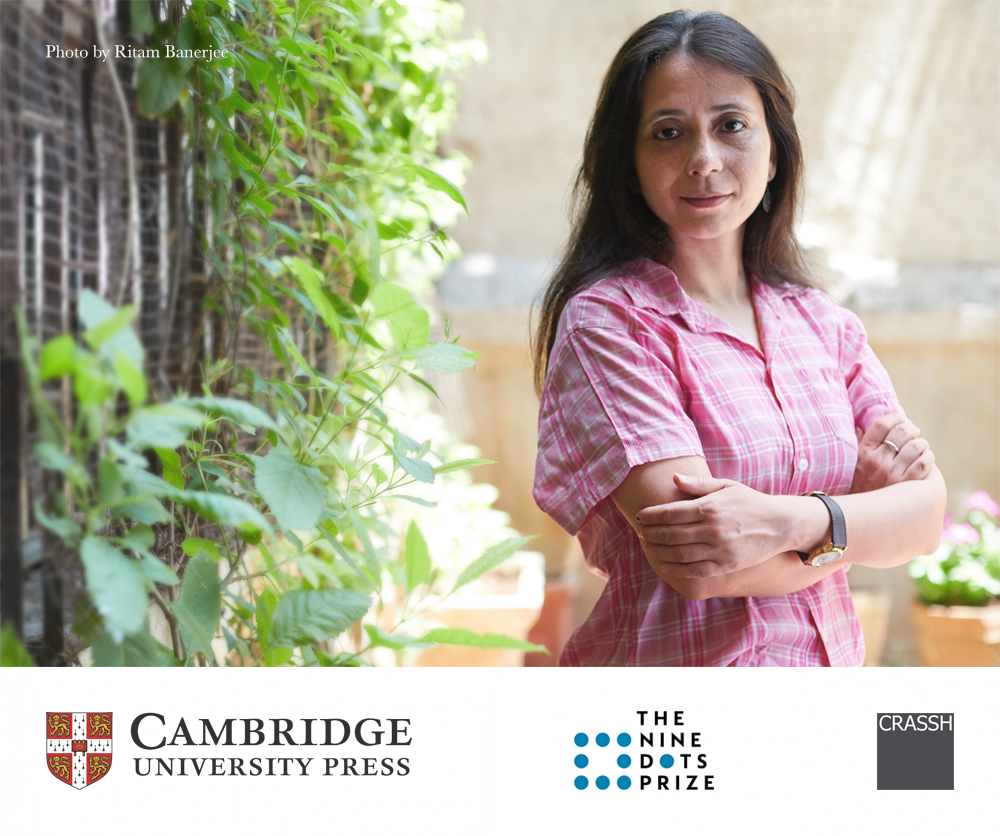 Annie Zaidi, a freelance writer whose work includes reportage, essays, short stories, poetry and plays, has been announced as the winner of the US$100,000 Nine Dots Prize 2019/2020.

Now in its second cycle, the Prize – which exists to encourage innovative thinking that addresses contemporary issues – challenged entrants to answer the question ‘Is there still no place like home?’ in a 3,000-word essay. The winner of each cycle is supported to develop their response into a full-length book, which is published by Cambridge University Press, and given the opportunity to spend a term at CRASSH.

Hundreds of responses were submitted by entrants all over the world. They were judged anonymously by the Prize’s eleven-strong Board of leading academics, journalists and thinkers, to ensure the Prize was awarded on the strength and originality of the response alone.

Zaidi’s entry, ‘Bread, Cement, Cactus’, combines memoir and reportage to explore concepts of home and belonging rooted in her experience of contemporary life in India, where migration – within the country, especially from villages to cities – is high. The proposed book will answer the central question through examining how a citizen’s sense of ‘home’ might collapse, or be recovered. Themes it will address include:

Zaidi began her career as a reporter with stints at leading newspapers and magazines including Mid-Day and Frontline. She has published both fiction and non-fiction: Known Turf: Bantering with Bandits and Other True Tales is a collection of essays shortlisted for the Crossword Book Award in 2010, and Love Stories # 1 to 14 is a collection of short fiction published in 2012. In 2015, she published an anthology called Unbound: 2,000 Years of Indian Women’s Writing. Elle magazine named Zaidi as one of the emerging South Asian writers ‘whose writing… will enrich South Asian literature’. She currently works as a freelance writer, working on fiction, scripts and columns for magazines and newspapers.

Zaidi says: “What really appealed to me about the Nine Dots Prize was the way it encourages entrants to think without borders or restraints. My work has often crossed over genres, traversing between memoir and journalism, and this timely but wide-open question encouraged us to approach it with methods that were equally far-ranging. I had been working towards a similarly themed project for a while but didn’t have the financial, or even mental, bandwidth to do it justice. The Prize will allow me to dedicate time to the examination of this question, which is of critical importance in the modern world – and it will help fund the necessary research trips, which, as a freelancer, is something I appreciate hugely. I’m extremely grateful for this opportunity and am looking forward to the challenges and excitement of the year ahead.” 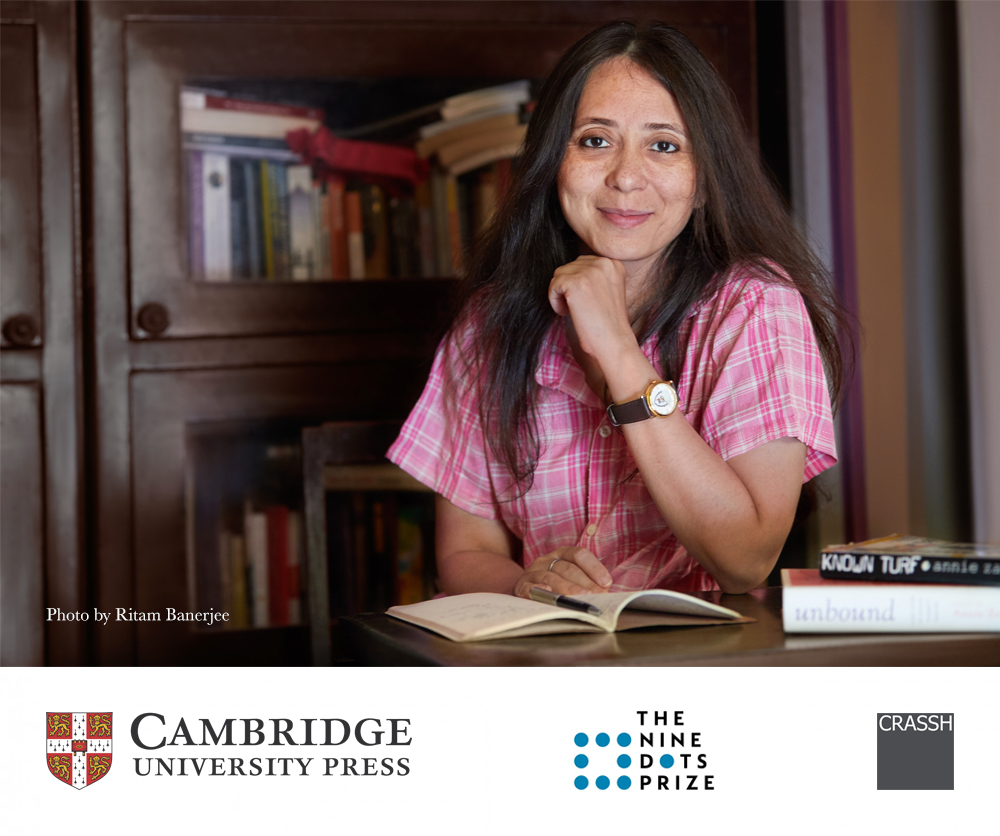 The Nine Dots Prize Board is chaired by Simon Goldhill, Professor in Greek Literature and Culture and Fellow of King’s College, Cambridge.

Professor Goldhill says: “The anonymous judging process is crucial to the Nine Dots Prize’s mission to discover new ways of tackling contemporary issues, whether they come from established thinkers or new voices. The fact that our second winner is so different from our first is testament to the success of this method. In James Williams we found a technologist and philosopher with something urgent to say about how our will is being manipulated by the tools we increasingly rely on. In Annie Zaidi we have found a powerful and compelling voice with a unique insight into what home means for citizens of the world today. We are very excited to see how Annie’s work will develop over the coming year and hope that it will help further current conversations around the concept of belonging worldwide.”

The inaugural Nine Dots Prize posed the question ‘Are digital technologies making politics impossible?’ and was won by former Google employee turned Oxford philosopher, James Williams. The resulting book, Stand Out of Our Light: Freedom and Resistance in the Attention Economy, was published in May 2018 to critical acclaim (‘A landmark book’ – the Observer; ‘Switch off your smartphone, slouch in a comfy chair, and pay your full, undivided, attention to this short, absorbing, and deeply disturbing book’ – Financial Times).

Annie Zaidi’s book, based on her Nine Dots Prize-winning essay ‘Bread, Cement, Cactus’, will be published by Cambridge University Press in May 2020 and made available in an open access format.