Katy Barrett is the Deputy Curator of Art and Head of Interpretation, Heritage Collections, Houses of Parliament. In 2011 she was a Co-founder of the ‘Things’ seminar series at CRASSH.

Q: Katy, what is your article ‘George Gabb and ‘Le Cabinet de M. Le Clerc’ about?

My article George Gabb and ‘Le Cabinet de M. Le Clerc’: Art, Science, and the Visual Production of Knowledge is about one extraordinary drawing. In the collections of the Science Museum since 1948, it has been unknown to art historians and little known to historians of science. Two other similar versions exist in French art collections. The Science Museum’s drawing was collected and researched by George Hugh Gabb, a fascinating, eccentric man who collected both instruments and iconography. I argue that attention to his interests and interpretation sheds new light on the drawing, and related work by the artist, a new light possible because of the unique collections at the Science Museum. 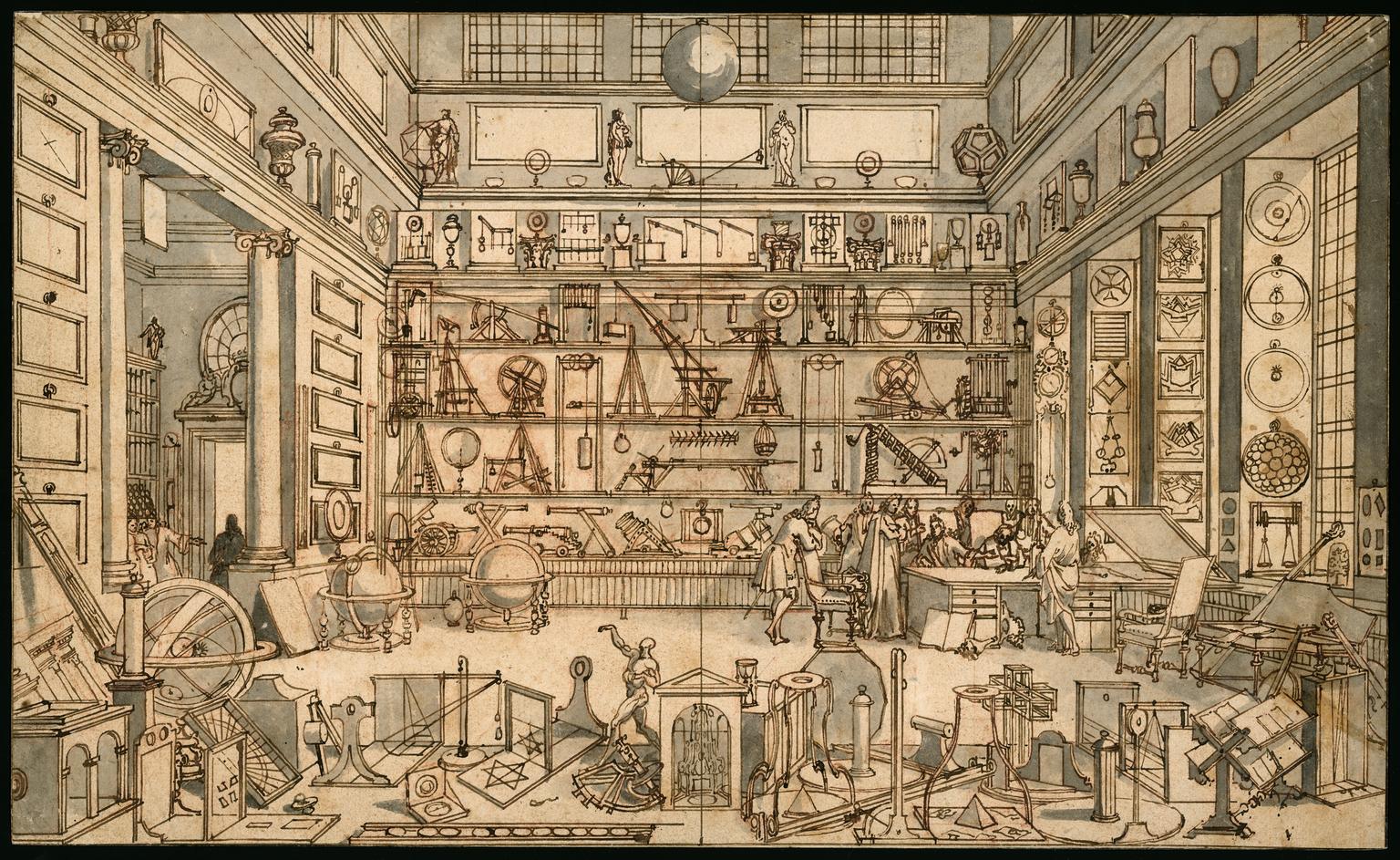 Q: What drew you to the subject and what do you find particularly interesting about it?

I was originally drawn to the superb technique and rich detail of the drawing. I became more and more fascinated as research revealed that the history and interpretation in the files at the Science Museum was far from the full picture. I am struck by how differently similar images have been interpreted in different contexts and collections and how much we can learn by bringing those together.

Q: In your view, wherein lies your article’s main contribution to our understanding of art and science?

The article’s main contribution is two-fold. Firstly, in introducing an unknown drawing to the scholarly community and connecting it to other works already known and studied in French collections. Secondly, in taking seriously the research of George Gabb into the drawing, and situating it within his wider collecting. Readers will find that a rich context in which to think further about the work of the artist Sébastien Le Clerc and dialogues between art and science.

Q: What would readers be surprised to learn about in your article?

Readers may be surprised to meet George Gabb, clearly an eccentric and sometimes unpleasant character, but a man whose research and collecting was fundamental to the future of a number of major UK museum collections. He deserves a book in his own right.

An extraordinary drawing by Sebastien Le Clerc in the Science Museum’s collections tells us about the entwined histories of art and science, visual knowledge production, and the particular eccentricities of collector George Gabb.