The latest assessment of the Intergovernmental Science-Policy Platform on Biodiversity and Ecosystem Services (IPBES) highlights the grave threat humanity is posing to the world’s ecosystems, with over 1 million species currently threatened with extinction. However, this report also brings home the scale of the threat that biodiversity loss and ecosystem collapse pose to humanity. As the report notes: “Nature is essential for human existence and good quality of life. Most of nature’s contributions to people are not fully replaceable, and some are irreplaceable.” Thus, many are now joining Robert Watson, chair of the IPBES, in saying that not only is there “no question we are losing biodiversity at a truly unsustainable rate” but that this “will affect human wellbeing both for current and future generations.”

At the Centre for the Study of Existential Risk, we call on scientists and policymakers to take seriously the potential magnitude of this threat, which will have long-term global impact. In a recently published classification of Global Catastrophic Risk, CSER researchers identified how ecological collapse is threatening to breach a wide range of critical systems across a range of scales, from the biogeochemical and anatomical to the ecological and sociotechnological. Many of these breaches will be hard to localize, with a variety of spread mechanisms driving changes to the global level. There is thus significant potential for biodiversity loss and ecological collapse to have catastrophic impacts across human health, food, water and energy security, and climate control systems. These findings were also recently supported by a study by colleagues in the Institute of the Environment and Sustainability at the University of California, Los Angeles. 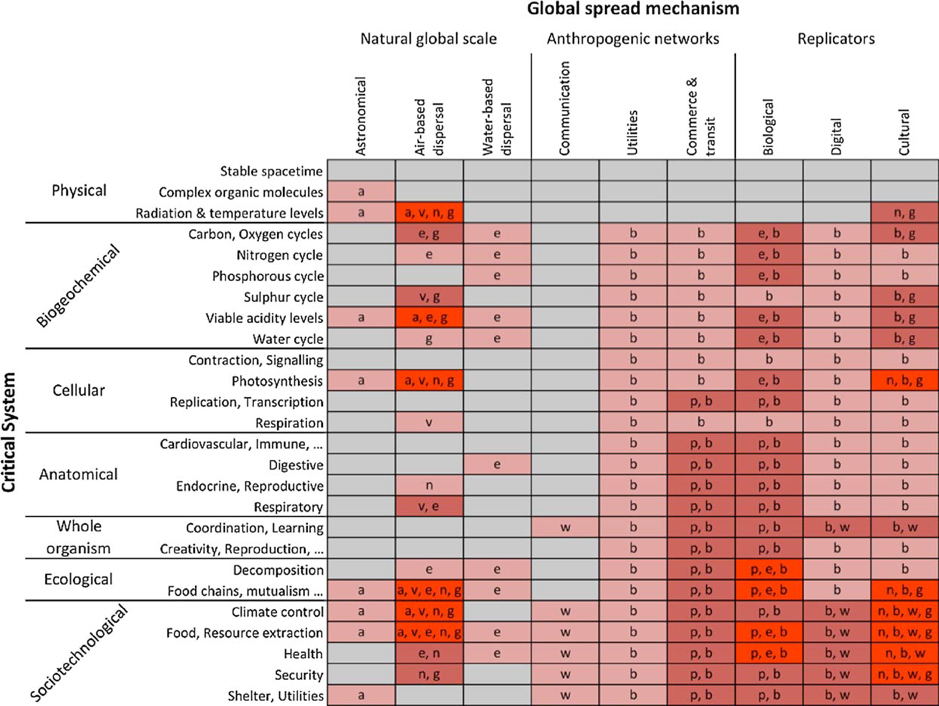 Another important aspect of the IPBES assessment is the call to move from species conservation to a holistic approach to biodiversity preservation and the systemic drivers to change. These include: incentives and capacity-building; cross-sectoral cooperation; pre-emptive action; decision-making in the context of resilience and uncertainty; and environmental law and implementation. CSER strongly welcomes these findings. Our researchers recently published a series of studies highlighting the role that the quality of governance in general plays in biodiversity loss, even when considered in isolation of other factors. However, while noting that these findings indicate the potential to bring about transformative change to protect biodiversity and ecosystem services; we also note that they show how ecological collapse and sociopolitical instability may enter into a positive feedback loop that could prove very hard to escape from. This further highlights the irreversible nature of the threat posed by biodiversity loss.

CSER looks forward to continuing these lines of research in the future and aims to publish research into the important issue of ‘ecological tipping points’: scenarios under which environmental systems could undergo sudden and irreversible changes. CSER’s Chair, Sir Partha Dasgupta, will also be leading the UK Government’s Global Review of the economics of biodiversity loss, which we hope will contain an assessment of the potential for catastrophic impacts. However, in order to fully understand and manage the potentially catastrophic risks posed by biodiversity loss, it will be necessary for scientists and policymakers from a wide range of backgrounds and perspectives to join us in this work. We hope that the latest report of the IPBES will help to encourage this.

Over 1 million species are currently threatened with extinction.