This project focuses on George Eliot’s research practices, as embodied in her commonplace books. Most scholars have responded to the giddying range of forms, discourses, genres, and languages in Eliot’s commonplace books by reading them selectively to support various kinds of intellectual history. The effect is to make their multiform contents sound solely conceptual, and rather inert. But while Eliot was a typical 19th century intellectual in her range of interests, she was also a writer who ranged across a remarkable variety of genres, and the most recurrent preoccupation in her commonplace books is form itself. What her commonplace books demonstrate about all her writing is that polymathy was important to her, not only in itself, but also for the opportunity it offered to test the power of form as a transformative variable. Approached as a crucial part of a multi-faceted writing life, they allow us to see Eliot as one of many 19th century intellectuals who worked across multiple forms and discourses, not because form was unimportant to them, but because they believed it made all the difference. By asking how Eliot’s writing practices embodied and thereby transformed ideas, I am working to reveal a new Eliot: Eliot the writer rather just Eliot the novelist; Eliot the experimental intellectual rather than Eliot the conservative meliorist – an Eliot whose research practices tested and reshaped the very networks of knowledge which they constituted, enabling that ambitious reconfiguration of the relationship between our intellectual and embodied lives which characterizes all her work.

Ruth Abbott is an early career fellow at CRASSH for Michaelmas term, 2014.

Ruth’s research focuses on 19th century literature. Her first book, Wordsworth’s Notebooks, is a study of the complex manuscript notebooks in which the poet William Wordsworth worked on his never completed, life long project of writing a philosophic poem in blank verse; other work on Wordsworth’s versification and compositional practices has appeared in the journals Textual Practice and Memory Studies and is forthcoming in The Oxford Handbook of William Wordsworth and The Wordsworth Circle. She has presented aspects of her new research on George Eliot’s commonplace books and writing practices at the Jerwood Centre (Cumbria), the Cambridge Centre for Material Texts, Newcastle University’s Literature Visiting Speakers Series, and will be speaking on Eliot at the CRASSH conference ‘Writing Itself’ in 2014. All her work addresses the significance of the material forms in which ideas are embodied and encountered in the 19th century, uncovering relations between aspects of literary form, such as genre and versification, aspects of material form manifested in manuscripts and compositional practices, and intellectual history. 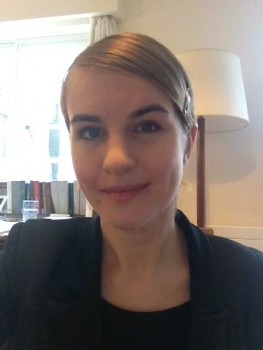