Paul Michael Kurtz is a Marie Sklodowska-Curie Individual Fellow at the University of Cambridge, a Postdoctoral Research Associate at Queens’ College, and a Postdoctoral Fellow of the Research Foundation – Flanders. Previously, his work has been supported by the Fulbright Program, the German Academic Exchange Service, and the American Schools of Oriental Research. He holds a Dr. phil. in history from the University of Göttingen (2016).

A cultural and intellectual historian of modern Europe, Paul specializes in the history of the humanities, especially biblical studies, classics, theology, and orientalist scholarship. He focuses on the study of the ancient world and its religions in 19th- and 20th-century Germany, examining the ideas and practices operative in modern reconstructions of antiquity. His current research centers on constructions of antique Judaism among Protestants, Jews, and Catholics in Berlin, Vienna, and Munich during the 19th century.

For more information, see his full biography and his project website. 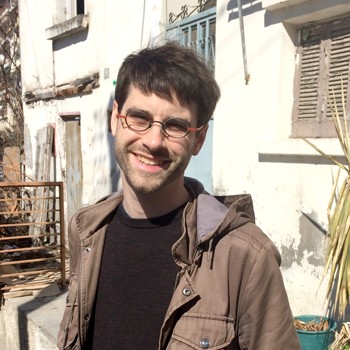