Drawing archival material from the Malay world, the British, French and Ottoman empires, Japan, Hawaii and the Indian Ocean arena, Circulations of Law presents an answer to the question: how does law travel? It begins with a moment of legal intersection in the last years of the 1800s: the adoption of a Consitution and the Ottoman civil code in the state of Johor. It traces the arrival of these legal instruments through Indian Ocean, imperial and growing global networks; it explores the translation of legal ideas and texts through practices of documentation, adjudication and elaboration into multiple vernaculars; it seeks to understand the trajectories of law and legal institutions into twentieth century state and social imaginaries. In doing so, the book draws from approaches in political science, legal history and anthropology, Islamic and Indian Ocean studies, comparative law and law and society studies, and history of science, to move beyond a view of law’s transmission, transplant or migration, to the study of its networks and languages, its embodied and material mobility.

Scholars of the history of international and European law have recently argued for a rethinking of such law as it developed within both global and imperial contexts, beyond “European consolidation and. . .European exceptionalism.” (Pitts 2012) Circulations of Law traces not only a history of engagement of European law by non-European rulers, but also a history of engagements beyond Europe, among rulers for whom Europe was both a source of inspiration and of common concern. The analytic contribution of the concept of law in circulation is also to highlight the particularity of law’s movements, and the need for further investigation of the ways in which these particulars may have been patterned. Yet when materials from the archive of legal circulations reveal patterns, more often than not they are multiplicitous, ambiguous, polyphonic. In their multiplicity, they show that a single reading of law is neither possible nor productive. Quite the opposite, the texts show that seeking out law’s polyphony reveals its many authors; listening for law’s dissonance makes clear the struggles over which the law barely presides; tracing law’s divergences makes visible a number of political possibilities and futures.

Iza Hussin is the Mohamed Noah Fellow at Pembroke College and University Lecturer at the Department of Politics and International Studies. Dr Hussin's work is based upon comparative, archival and textual research in Arabic, Malay and English texts across various sites of empire and legal transformation, and has been supported by grants from the National Science Foundation, the American Council of Learned Societies, the Woodrow Wilson Foundation and the Andrew W. Mellon Foundation. She has been a Fellow in Islamic Legal Studies at Harvard Law School and a Visiting Associate Professor at L’École des Hautes Études en Sciences Sociales, and is a recipient of awards from the American Political Science Association and the International Convention of Asia Scholars. She is the author of 'The Politics of Islamic Law: Local Elites, Colonial Authority and the Making of the Muslim State,' Chicago 2016. 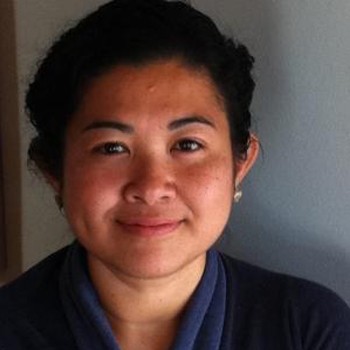