Hans Ulrich Gumbrecht is the Albert Guérard Professor in Literature in the Departments of Comparative Literature and of French & Italian at Stanford University, (and by courtesy, he is affiliated with the Department of Iberian and Latin American Cultures/ILAC, the Department of German Studies, and the Program in Modern Thought & Literature). As a scholar, Gumbrecht focuses on the histories of the national literatures in Romance language (especially French, Spanish, and Brazilian), but also on German literature, while, at the same time, he teaches and writes about the western philosophical tradition (almost exclusively on non-analytic philosophy) with an emphasis on French and German nineteenth- and twentieth-century texts. In addition, Gumbrecht tries to analyze and to understand forms of aesthetic experience 21st-century everyday culture. Over the past forty years, he has published more than two thousand texts, including books, translated into more than twenty languages. In Europe and in South America, Gumbrecht has a presence as a public intellectual; whereas, in the academic world, he has been acknowledged by eight honorary doctorates in six different countries: Canada, Denmark, Germany, Hungary, Portugal, and Russia. He has also held a large number of visiting professorships, at the Collège de France, University of Lisbon, University of Manchester, and the Catholic University of Rio de Janeiro, among others.

Professor Gumbrecht will be in Cambridge in Easter term 2016. He will participate in a series of closed seminars and will give an open lecture on Tuesday 3 May, Why Prosody and Rhythm Matter - in Poetry and in the Humanities at Large. 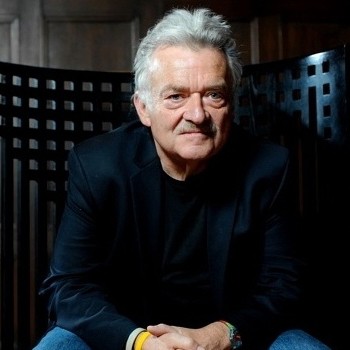