Dr Bronwen Everill is a Cambridge Early Career Fellow and will be at CRASSH in Michaelmas Term 2020.

During my CRASSH Early Career Fellowship, I will be working on a new article exploring the development of the local, household-level economies of West African port towns. This emerges from a database of occupations and wages that I have been building to investigate how the maritime economy in places like Freetown, Sierra Leone and Saint-Louis, Senegal expanded and changed over the period from the end of the 18thcentury to the early 20thcentury. Although this was the period of the height of the slave trade, I will not primarily be looking at the export trade, but examining local economies’ use of enslaved labour in the work of these ports, and the ways that the slave-export economy interacted with local and regional patterns of work and household labour. I am particularly interested in engaging with questions about the ways that maritime households participated in the economic activities of port cities, ranging from fishing to transportation, provisioning to domestic services.  With off-shore oil drilling and contested international fishing rights featuring regularly in the news of these countries, the maritime and port economy history of West Africa is a timely reminder that the stories people tell and are told about their economic histories matter.

Bronwen Everill is 1973 Lecturer in History at Gonville & Caius College, Cambridge. Prior to arriving at Cambridge, she held a Leverhulme Early Career Fellowship at King’s College London. She has taught at Warwick University and held an Andrew Mellow Fellowship at Oxford University. She is the author of Not Made By Slaves: Ethical Capitalism in the Age of Abolition (Harvard, 2020), Abolition and Empire in Sierra Leone and Liberia (Palgrave, 2013) and the editor, with Josiah Kaplan, of The History and Practice of Humanitarian Intervention and Aid in Africa (Palgrave, 2013). She is broadly interested in exploring the relationships between Africa and the Atlantic World – particularly the United States – in the modern period.​ 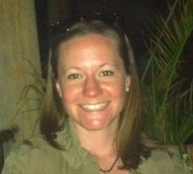