Artemis Ignatidou is a cultural historian working on 19th century European history, with a special interest in western art music, musical exchange in the continent, and the construction of reciprocal musical and national identities through the arts. She holds a PhD in modern European history (2018), an MA in Modern World History (2013), and a BA in Media & Communications (2011). Some days she enjoys writing literature, she plays the piano and starts a new instrument every month, and some nights she is a performer and a proficient kazoo player. Her work on 19th and 20th century musical exchange is currently under publication. In 2016 and 2018 she was awarded fully funded residencies at the prestigious Banff Centre for the Arts and Creativity in Canada. She is currently Visiting Fellow at the Ernst Bloch Centre for German Thought [Institute of Modern Languages Research, University of London]. 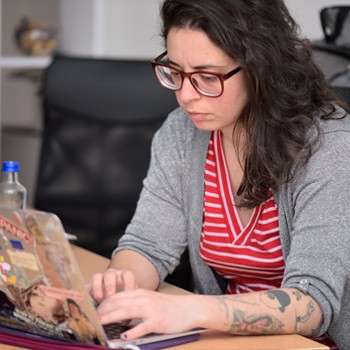