Metabolism is a plural concept. It refers to chemical pathways in cells, the practices of breakdown and repair in the body, the flows of energy and materials that connect countryside and city to the world ecology of capitalism.

The first Network webinar on Inflammatory Remarks: The Metabolic Turn in Bioscience and Beyond will take place on 12 October 2020.

Metabolism is a plural concept. It refers to chemical pathways in cells, the practices of breakdown and repair in the body, the flows of energy and materials that connect countryside and city to the world ecology of capitalism. Coined in the early 19 century, the term refers to both bodily processes and ecosystem relations in the natural sciences (Wachsmuth, 2012, Landecker, 2016). It was in the ecosystemic register that the concept entered the social sciences, notably through Karl Marx’s formulations of how humans transformed nature via labour (Marx, 1976). Since, metabolism has been central to thinking about the circulatory dynamics of urban space, whether through energetics (Fischer‐Kowalski and Hüttler, 1998), or as a critical political ecology of capital (Heynen et al., 2006, Moore, 2011). At a more corporeal scale, metabolism is evoked to inform understandings of the governance of bodies, whether through modulating chemical pathways (Landecker, 2016), epigenetic configurations (Meloni, 2018), or the crafting of new food practices (Paxson, 2012). Metabolism is thus a powerful concept for intervening in contemporary debates on the ontologies, politics and governance of the living and material world.

The deployment of metabolism to understand contemporary world ecology operates at several scales, tethered to the disciplinary orientations of its proponents. On the one hand, metabolism reveals uneven socio-ecological processes brought about through the intensification of economic production, the restructuring of labour relations, be it through logics of colonisation or race, and the endless quest to find new frontiers of accumulation in order to realise surplus value (Moore, 2011, Foster, 1999). In these iterations, primarily situated in human geography, we witness how metabolism can become an important conduit for understanding the coercive effects of the social, material and spatial transformations of nature, witnessed in a number of instances, from urban hydroscapes (Loftus, 2012) and atmospheres (Buzzelli, 2008), to metropolitan biodiversity (Gandy, 2018). In a different register, science and technology studies (STS) and medical anthropology gravitate towards the body as the locus of metabolic politics, focusing on questions ranging from calorie-intake in urban environments (Solomon, 2016), to antimicrobial resistance (Landecker, 2016) and the emergence of pandemics in industrial farming (Keck, 2020, Kelly et al., 2019).

These approaches are not mutually exclusive, and there is considerable overlap between the two (Heynen et al., 2006), although both trace different genealogies, whether it is Marx via the work of the soil chemist Leibig (Foster, 1999), or the work of the nineteenth-century physiologist Claude Bernard who posited that nutrition was the fundamental condition of ‘free life’ (Landecker, 2013). Our interest lies in fostering closer conversations between these two traditions, with the aim of understanding of how metabolism might be a conduit for attending to the material and ecological world, as furthered by new materialist approaches (Bennett, 2010, Coole and Frost, 2010), without evacuating the politics espoused by critical theories of race, colonialism and capital (Harvey, 1998, McKittrick, 2013). 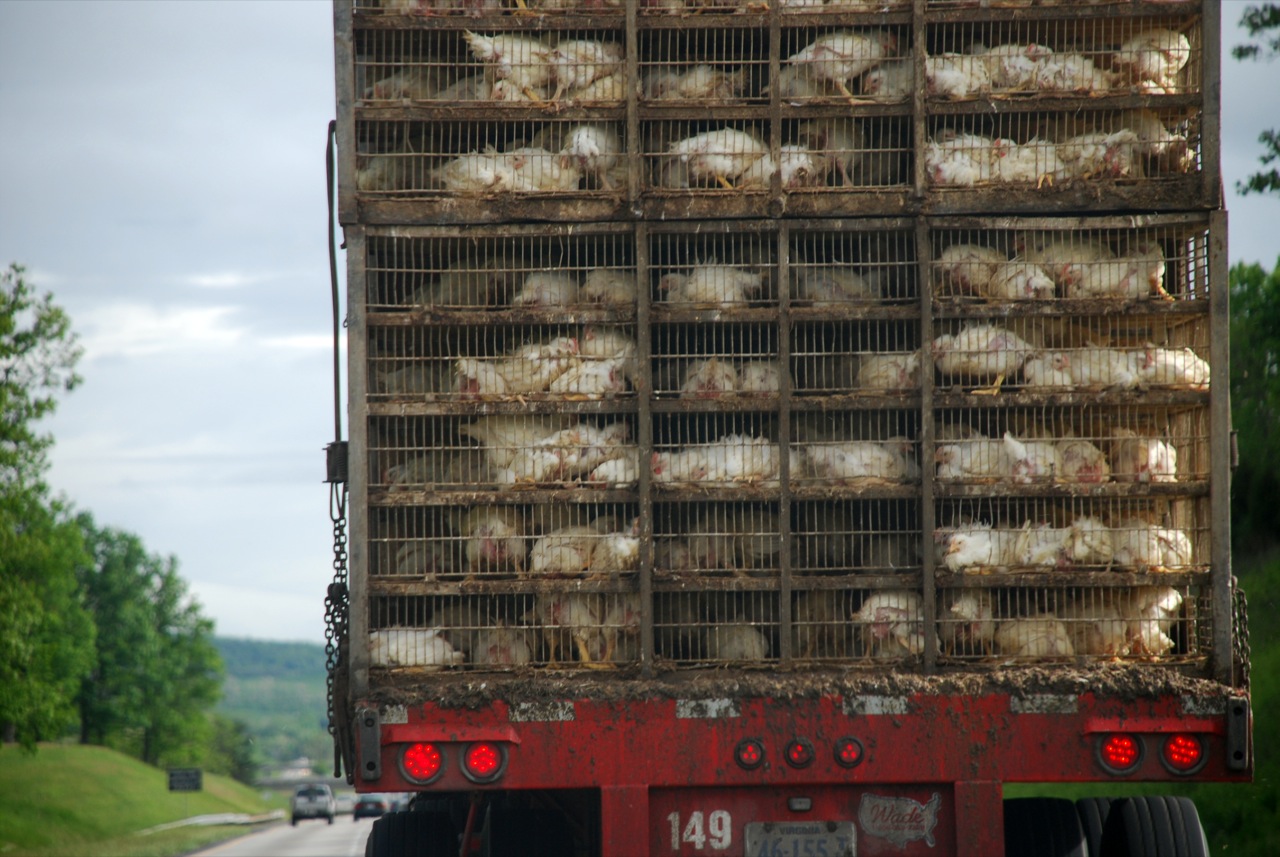 To flesh out what such a conversation might entail, we could turn, for instance, to the broiler chicken, that paradigmatic figure of industrialised agriculture. The global population of 23 billion broilers, accounting for 70% of the biomass of all birds in the world, has resulted in the creature becoming a signature of the Anthropocene’s stratigraphy. Growing to twice their size in half the time they took fifty years ago, broilers are exemplars of metabolic intensification. They perform metabolic work at cellular levels – converting feed into flesh – thus prompting questions about what it means to ‘labour’ under contemporary capitalism (Beldo, 2017). Chicken are ‘constant’ and ‘variable’ capital at the same time: simultaneously the means of production and bodies that labour (Wadiwel, 2018). The implication of this transformation is that one cannot distinguish between ‘the time necessary for reproduction and 'extorted' time’ for, in the context of chickens’ metabolic lives, ‘they are no longer separated in time’. Metabolism thus becomes an incisive avenue for rethinking relations between nature and capital, especially under contemporary formations where the organisation of productive activity ‘operates less and less by the striation of space-time corresponding to the physicosocial concept of work’ (Deleuze and Guattari, 1987, p.542).

Equally, the rise of the broiler chicken industry is steeped in racial histories of plantation labour and the usurpation of Black minority practices (Omo-Osagie, 2012) that capital, through metabolic intensification, has parasitised upon. Metabolism fosters means of ‘accumulation through molecularisation’ (Nally, 2011), rendering broilers into ‘lively capital’ or ‘incorporated value in motion’ where living potentials of nonhuman bodies are harnessed to generate surplus value (Barua, 2018). The conversion of chicken into nuggets is also contingent upon ‘cheap work’.  In the US, poultry workers are paid very little: two cents of every dollar spent on fast-food chicken goes to poultry workers. To fill gaps in the labour force, some chicken operators even use prison labour, paid 25 cents an hour (Patel and Moore, 2018). Latin American migrants form part of much of this workforce, themselves the victims of capitalism’s ecologies that have forced people to move from one side of the US border to the other (Stuesse, 2016). In India, systems of ‘poultry integration’ bring vulnerable farmers into the ambit of capitalist production. Contract farmers perform labours of care, raising chicks and selling them back to companies as and when they need them and, consequently, economic risk is devolved to the rural poor (Barua, 2020).

The production and consumption of broilers are dependent upon a dispersed and distributed form of agricultural production, where crops are grown not simply for human consumption but with an understanding that what we eat also eats. Equally, markets for broilers are contingent upon a vast infrastructure of storage, cold chains and just-in-time logistics. Their failures have metabolic consequences, affecting not just the birds, but small-scale backyard farmers who are increasingly being integrated into capitalist poultry production, as witnessed in early days of the Covid-19 lockdown in India (Barua, 2020). This techno-metabolic system in turn has its own demands for energy and resources. In fifty years since 1961, per capita meat and egg consumption has doubled, and in 2016, 65.8 billion tonnes of chicken were slaughtered, an order of magnitude larger than that of pigs or cattle (Bennett et al., 2018). The industrial grain-oilseed-poultry complex are not only about the production of broilers as cheap food, but require the ‘uniformity, homogenisation and industrialisation of the crops they transform’ (Patel and Moore, 2018). Furthermore, metabolic intensification in the poultry sector generates its own effluvia in the form of carbon emissions and toxic chemicals, which come to mark the same vulnerable bodies time and again.

The metabolic intensifications surrounding broiler production open up a whole set of questions around health risks, including avian influenza emerging from sites of industrialised livestock production (Hinchliffe et al., 2016, Porter, 2019).  Outbreaks configure publics: constituencies are configured by, and respond to, different disease situations and controversies generated by human-animal-viral enfleshments emerging through industrial production (Hinchliffe and Ward, 2014). Metabolism, and the idea that nutrition is a fundamental condition of vitality and life, is closely intertwined with notions of immunity and, consequently, community (Esposito, 2012). Equally, outbreaks can have highly uneven and deeply political effects. For instance, in South Africa, a H5N8 outbreak in 2017 exposed institutional lack of preparedness, and revealed how the discontents of ‘obesogenic modalities of food production’ are unevenly distributed along colonial and racial lines (Cousins and Pentecost, 2018). 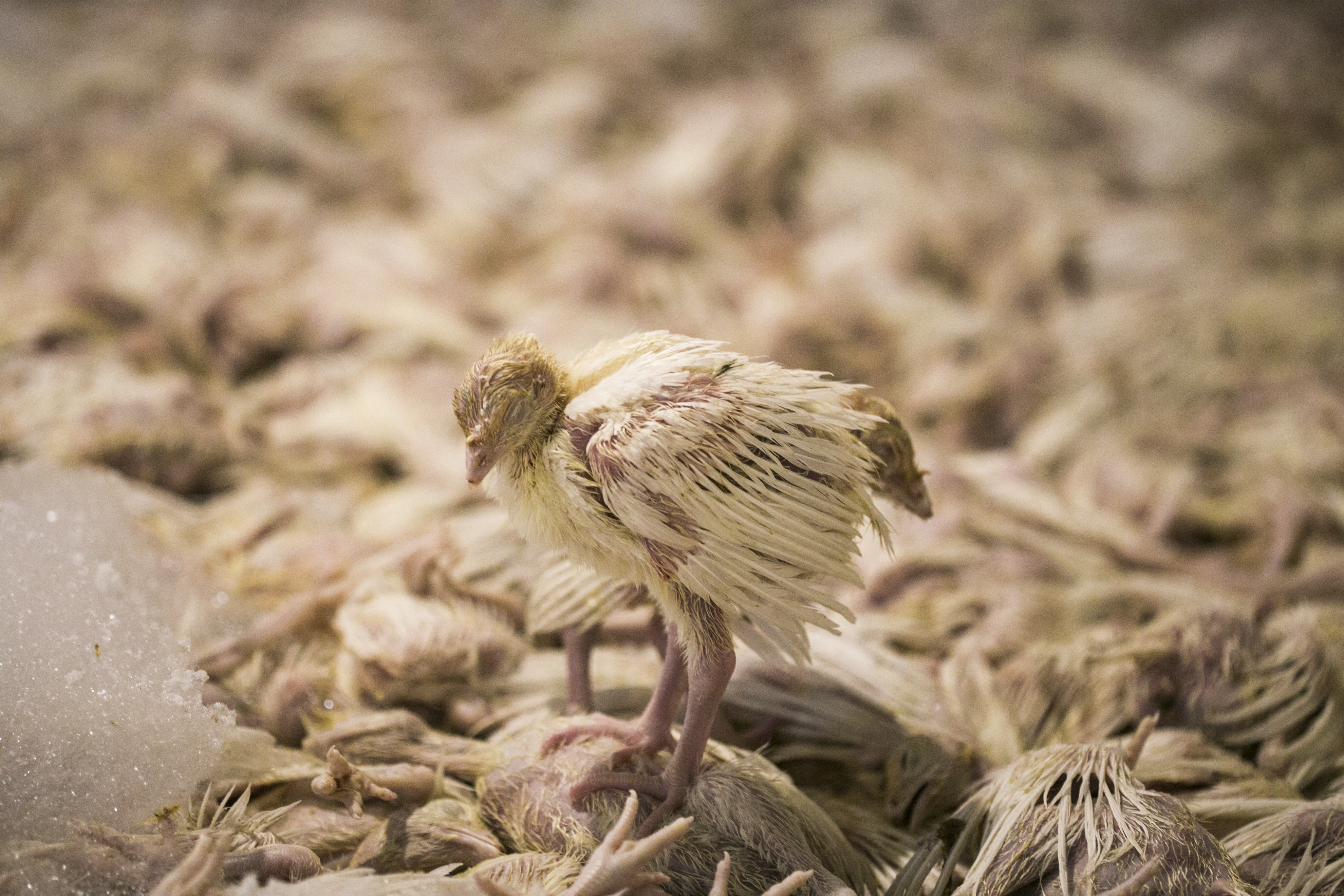 The broiler chicken is exemplary of the metabolic ecologies witnessed under contemporary capitalism. It enables one to thread a range of material and biophysical processes – from the molecularisation of bodies to industrial intensification, rural agriculture to viral outbreaks – and show how these are always in articulation with racial, colonial and accumulative logics. Similarly, we might track metabolic ecologies through a range of other interlocutors, whether they are industrially-produced animals or chemical fertilisers, veterinary drugs or genetically-modified plant crops. At the heart of this endeavour lies the analytical purchase an engagement with metabolism offers up for the critical social sciences.

As a concept, metabolism enables us to reassess and think anew long-standing genealogies and currents in our own individual disciplines – anthropology and geography – but also intervene in contemporary debates on the living and material world. To this end, we are keen on identifying disciplinary genealogies of metabolism and seek to explore how the concept might foster much-needed dialogues between anthropology and geography, as well as the wider social and biophysical sciences. Some of these genealogies include Marx, and receptions of his work in scholarship interrogating capitalist agriculture, the urbanisation of nature and the metabolic rift. Others include an attention to Foucauldian notions of biopower, and how metabolism can be a conduit for going beyond bio- and anatomo-politics to attend to the governance of circulations and the modulation of flows (Lemke, 2015), whether nourishing or virulent. Metabolism, we argue, is a powerful ‘interdisciplinary vehicle’ poised to create geographical and anthropological openings on the contemporary condition, across nature-culture divides, sites and scales. A close inspection of metabolism is therefore both timely and pressing. 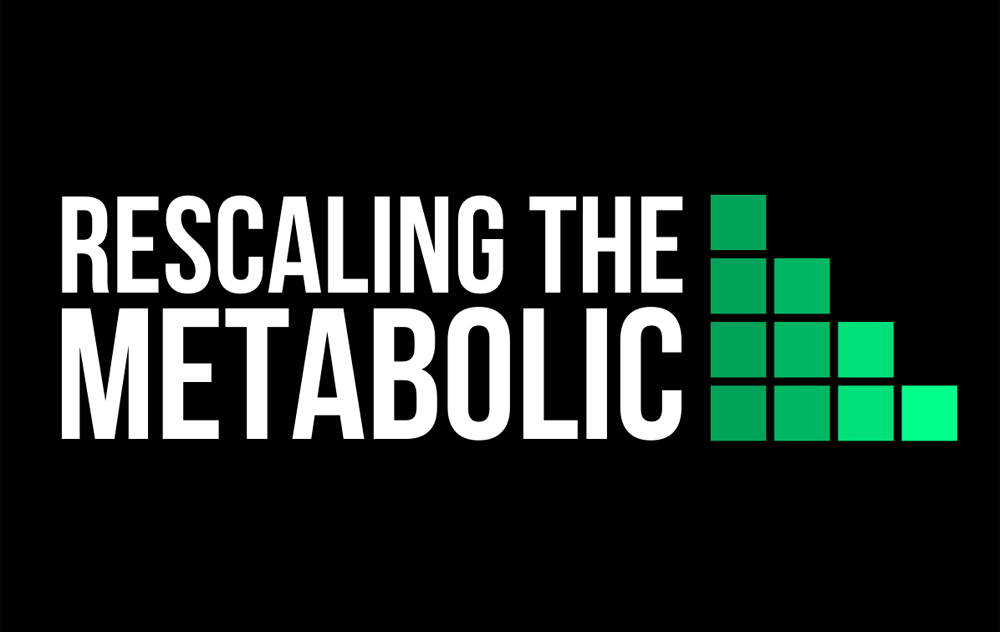 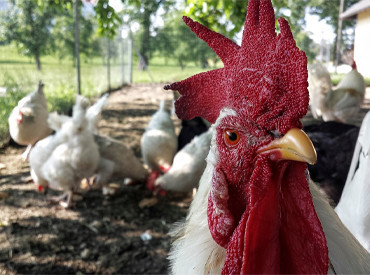