When we first started thinking about convening a conference on the relationship between queer/LGBTI+ politics and authoritarianisms, we had in mind many burning questions emerging from our own experiences and observations, mainly from Turkey, Poland, and the UK. Our conversations with other scholars, and a body of literature, especially by writers who laid the foundations of or engaged with queer of colour critique, helped us think further - or ask more questions - about the nature of authoritarianism, social justice, silencing, marginalisation, racism, anti-Semitism, Islamophobia, and xenophobia in relation to queer, or non-normative sexualities. Some of the edited volumes that particularly inspired our thinking whilst bringing together our line-up were: Black Queer Studies: A Critical Anthology (Johnson and Henderson 2005); The Lesbian and Gay Movement and the State (Tremblay, Paternotte, and Johnson [2011] 2020); De-Centering Western Sexualities: Central and Eastern European Perspectives (Kulpa and Mizielinska 2011); Cinsellik Muamması: Türkiye’de Queer Kültür ve Muhalefet (Çakırlar and Delice 2012); Black and Gay in the UK: An Anthology (Gordon and Beadle-Blair 2014); Decolonizing Sexualities: Transnational Perspectives, Critical Interventions (Bakshi, Jivraj, and Posocco 2016); The Fire Now: Anti-racist Scholarship in Times of Explicit Racial Violence (Johnson, Joseph-Salisbury and Kamunge 2018); and ‘Queer’ Asia: Decolonizing and Reimagining Sexuality and Gender (Luther and Ung Loh 2019).

In light of these books and our conversations with scholars, activists, and activist scholars, what seemed an urgent necessity to us was to bring these texts, scholars, and activists together in order to explore possible ‘theoretical synergies’ (Meghji 2020), cultivate ‘theoretical coalitions’ (Bilge 2016), and forge intersectional solidarities. In doing so, we intend to reflect on the ways that we can (re)situate queer or LGBTI+ politics at the core of social justice struggles (see Ferguson 2019). We believe that this can only be achieved by being in constant conversation with activists on the ground, claiming the radical roots of LGBTI+ activisms, and making visible – and porous – the limiting walls (2) of academia.

Where do we, as queer or LGBTI+ people, position ourselves in relation to the oppression of, for example, Tibetans, Uyghurs, Kashmiris, Ahmadis, Kurds, and Indigenous peoples’ struggles? Who do we leave out when we discuss solidarities? Why should we, and how can we, care about these different struggles in the face of growing authoritarianisms and global right-wing political alliances? By asking these questions, we imagine new ways to go forward in a world ever more adapted to upholding authoritarian and discriminatory structures than to providing a space for the struggles of the oppressed. When it comes to authoritarianisms, we need to open up and dissect the ‘authority’ of authoritarianisms, and claim the authorship of our lives, politics, and desires.

We are not the first ones to ask questions about LGBTI+/queer politics, social justice, racism and xenophobia, nor will we be the last ones, inshallah. However, we firmly believe that bringing together those who ask queer questions about issues pertaining to social justice, in order to interrogate power structures that enable racism, anti-Semitism, xenophobia, and poverty, can make our questions bolder, more complicated, more critical. We may, and may we, become a source of power to one another as we dare to ask such questions.

(1) To see the ‘Queering Authoritarianisms: Conflict, Resistance, and Coloniality’ (22-26 March 2016) programme and sign up for the panels/workshops, please visit the conference page. 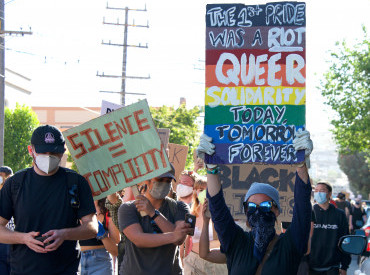