Hauntological themes of the past repeating into the present, and lost futures that also allude to man’s relationship to nature. 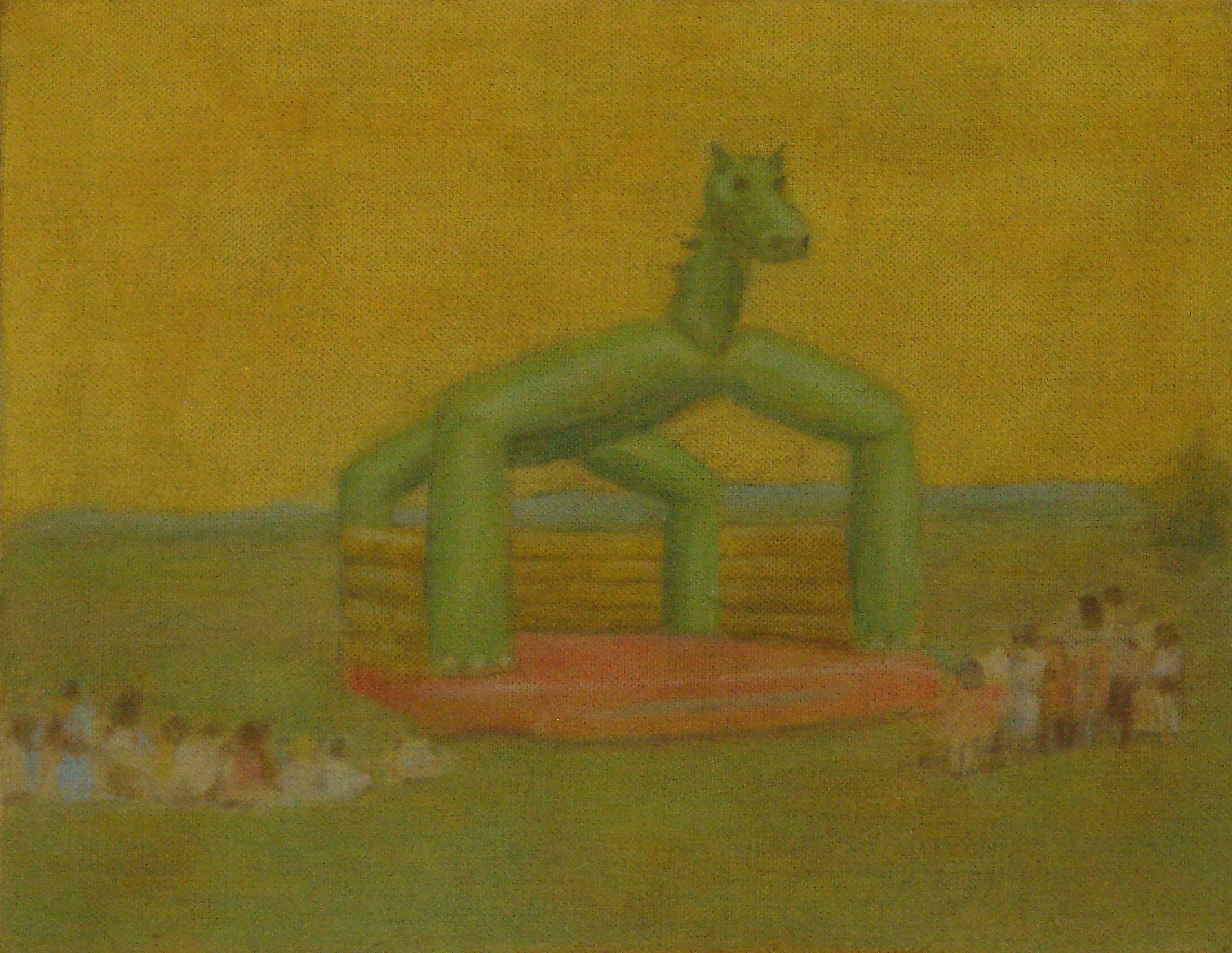 Q: What is the exhibition about?

‘Solitudes and Seasons’ is an exhibition of work about time, memory and place. The five painters and one filmmaker make work that deals with the eerie in the English landscape, bringing together different ideas of folklore, the unknown, the weird, science fiction and the supernatural. Much of the work refers to a distinct era of British culture and TV programmes and films – 1970s and 1980s educational programmes for schools, films and public information films. Looking back, television broadcasts and films from this time often seemed imbued with a strange, 'otherly' quality. For example ‘Children of the stones’, an HTV production from 1977, was concerned with subject matter and atmospheres that seemed odd or even unsettling for a broadcast aimed at children - eerily presented supernatural forces and the breakdown of normal society.

The landscapes, whether rural, suburban or edgelands, in these films were sometimes interchangeable, featureless, or mundane, yet there was an atmosphere of realised or implied unease or suspense. Much of the source imagery seems familiar, reassuring, and yet it is also unsettling or eerie. It is these qualities I hope are evident in the artists’ work in this exhibition.

Q: How did you conceive of the theme? And who are the artists?

I had begun making work that drew heavily from imagery from television broadcasts and films from this particular era of British culture. Some of these programmes I could remember distinctly, some I could not specifically remember but nevertheless, they seemed strangely familiar, which felt comforting yet unsettling. So the paintings I started to make were, I felt, impressions of a half-remembered, misremembered or imagined past, that exists on the edges of memory and nostalgia. I think it is the notion that the familiar, the everyday, could carry something that remains hidden or becomes somehow significant, that lies at the heart of my paintings, and it was a quality I found in the work of the other artists included in ‘Solitudes and seasons’.

The idea for the exhibition came about from conversations I had with Robin Dixon and Mandy Hudson, who I have known since we all rented studios at Bow Arts Trust in East London, 15 years ago. Both make understated, modest paintings. Robin Dixon’s subject matter included mysterious, anonymous figures in bleak wastelands as well as laboratories and experimental places, painted in an understated and economical way. Mandy Hudson made mainly small scale paintings, again modest and quiet, depicting mainly interiors, flowers or plants. There was an absence of people, as though the plants were growing over the remnants of a collapsed society. There was a definite link between the work we were all making, it seemed to be about memory and the past, but a particular time in the past. We began to think about putting together an exhibition of work that could explore this hauntological theme of the past repeating into the present and of lost futures and that also alluded to man’s relationship to nature. 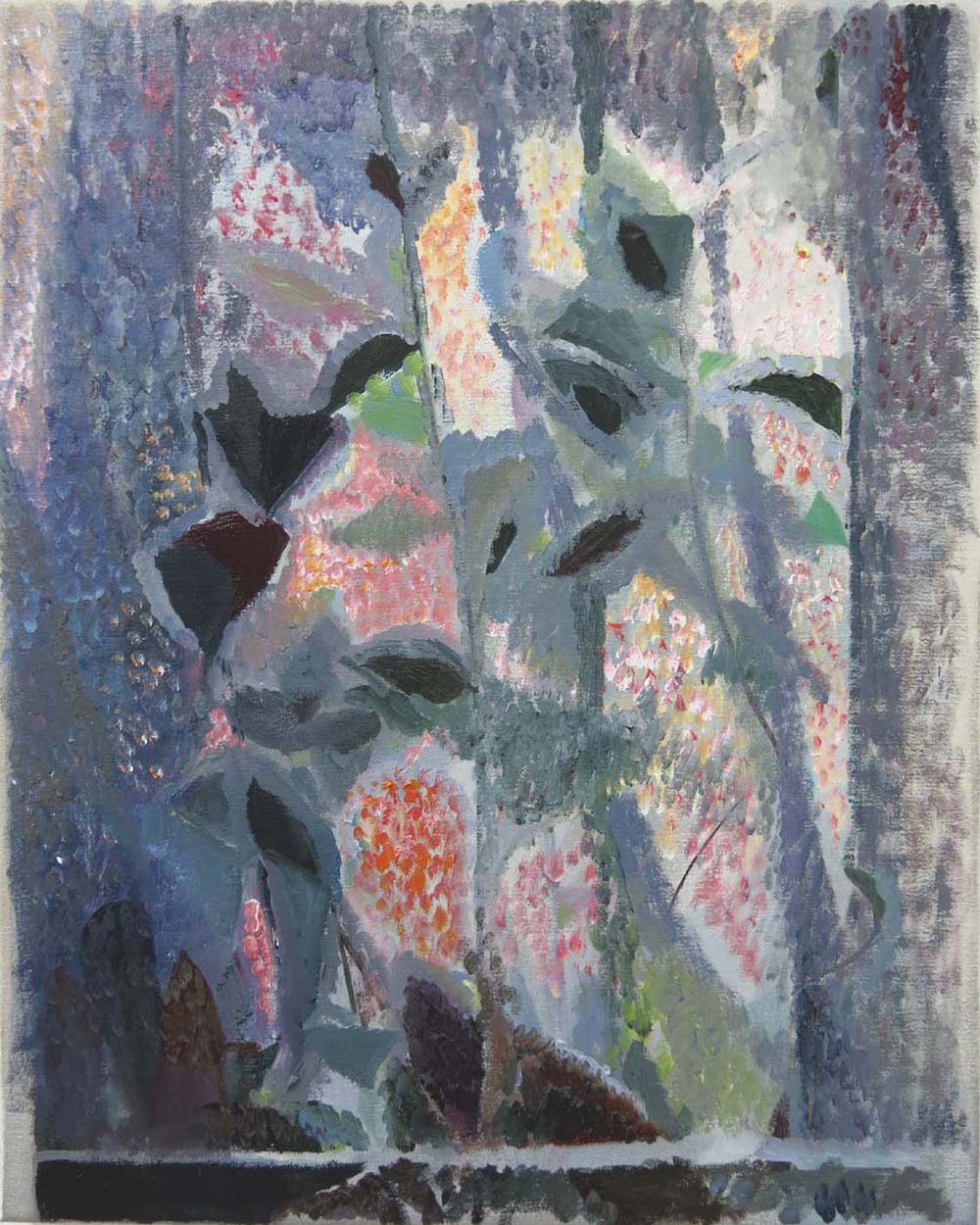 Another vital aspect of the exhibition would be a ‘handmade’ quality to the work. A sense of something having been discovered during the process of making the work, how paint is placed on the canvas, how it is removed, how images are lost and found, these are the things that are important to me. Work that calls attention to the medium itself. Even the one artist who makes work via mechanical means, Adam Scovell, makes films in which, in his own words, “the grain of the film stock hides many spectres and memories waiting to be unearthed once more”. I had been an admirer of Adam Scovell’s writing on arts and film on his blog ‘Celluloid Wickerman’ and various publications and of his shadowy Super 8 short films so was pleased when he agreed to write the text for the exhibition proposal and to show three films. His films seemed to me to be in search of lost memory and misplaced time, finding tranquillity regained alongside the uncertainty of things to come. I also wanted to include Sam Douglas’ work. His paintings are carefully painted layer upon layer over time, and they have a real presence, the landscape almost seeming to possess a personality. Sam Douglas travels and undertakes residencies, and his paintings depict English pastoral landscapes, but often with manmade industrial structures or another common occurrence in eerie work, the presence of standing stones or menhir. They remind me of the importance of the natural world and of man’s place in it. Rhys Trussler was a graduate of Turps Art School, an independent artist-run organisation with whom I am currently working on a correspondence course, and his paintings brought a slightly playful edge to the exhibition. In his work, childlike, almost cartoonish characters are subverted into something darker, like recollections of some of the wyrd and mysterious 1970s tv plays. There is a dark humour contained in much of his paintings, and I found a lot of interest in the surfaces and handling of paint.

I would hope to attract an art-interested audience of course, but would also like to reach a wider audience, and I hope those with an interest in perhaps history, literature or British cultural history generally would find something enjoyable and stimulating. While those who remember the era of some of the source material I hope it might find it particularly resonant, knowledge or memory of some of the source material is definitely not essential. The work made should be strong enough to stand on its own, with enjoyment and satisfaction to be found from looking at the handling of paint and how it is placed on the canvas, the choice of colours, the composition. Also, I hope how the paintings have been arranged and hung will work well in the University environment. 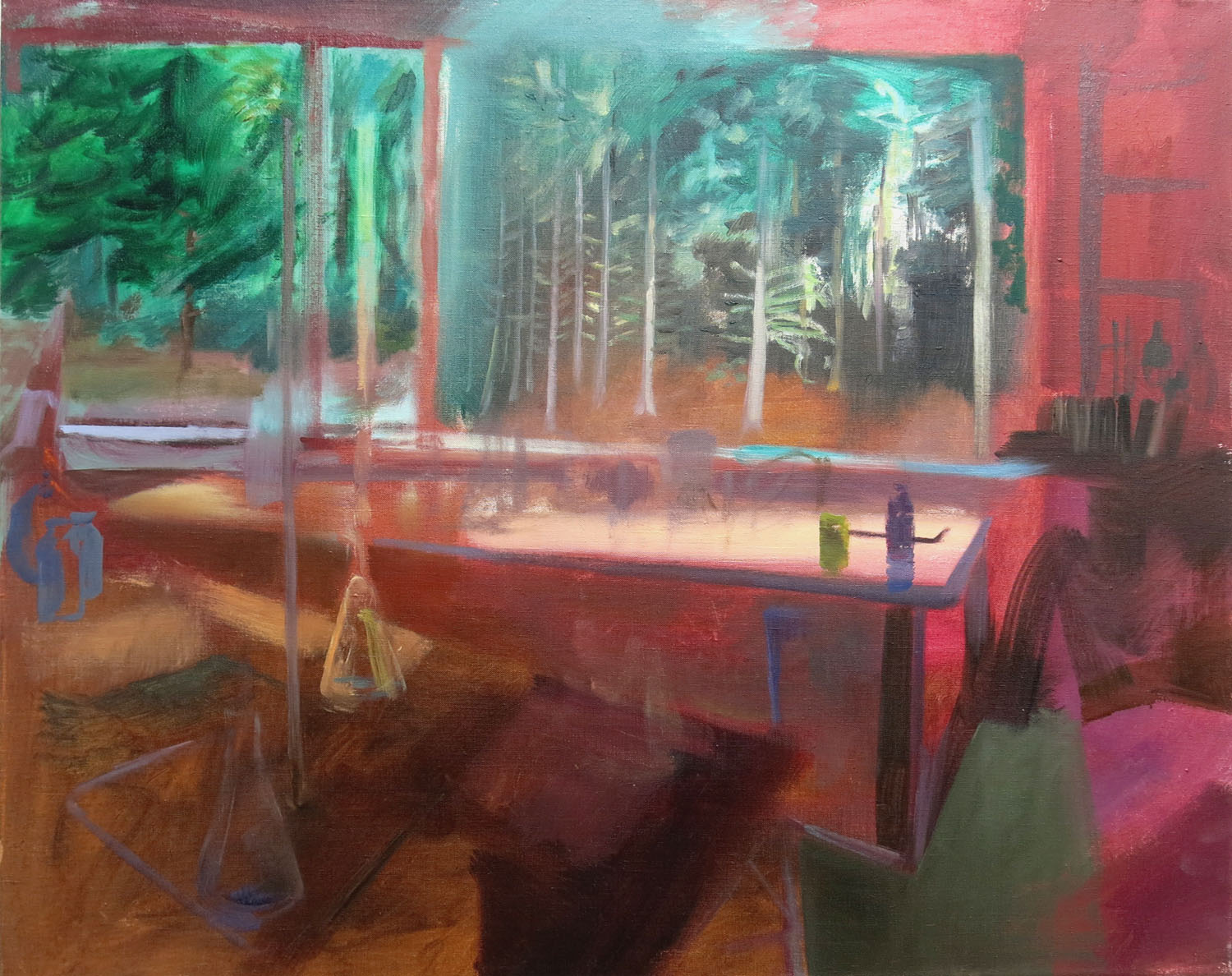 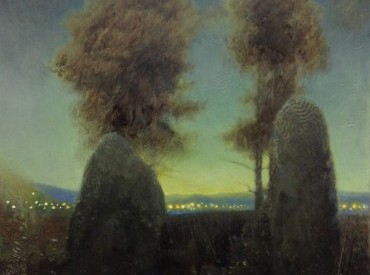