Do dreams constitute an un-colonisable realm?

As a culmination of the Is Critique Islamic? reading group and the Desiring the Middle East seminar series at Pembroke, the two-day workshop Imaginative Landscape of Islamist Politics took place over 15 – 16 September 2018 by courtesy of support from CRASSH and Pembroke College, University of Cambridge. The interdisciplinary workshop brought together a number of preeminent scholars, whose questions had resonance and held interest further beyond their respective fields.

Central to the debates around decolonisation, dreams, and aspirations, were conceptual and methodological questions of power, sovereignty, and critique. Pedagogical concerns and disciplinary constraints animated the speakers to reach beyond and give words to untranslatable, inexplicable, illegible phenomena that is entrenched in Islamist politics across the Balkans-Belgal axis. Do dreams constitute an un-colonisable realm? How do we excavate, in the present, or in the archives, the colonial imaginaries of brutalised subjects? Can the body be a locus of critique? Where are the loci of critique and source of sovereignty in various Islamist movements?

The workshop began with Khaled Fahmy’s presentation on the practice of hisba, the practice of policing local markets in 19th century Egypt, that provoked both methodological and disciplinary questions around the body, as a source of power, conduit of violence, and locus of critique. Irfan Ahmad took on the task of deriving ‘what is positive?’, and ‘what is desirable?’, from the essentially negational nature of critique as a method. Charis Boutieri contributed to the debate on the agonistic politics, and affective nature of political engagements by looking at the diverse articulations of the political in the Revolution landscape of Tunisian politics. The discussion afterwards brought to a neat conclusion how power is both an object of critique, and critique a means to attain power, in the context of social history and class politics.

In deliberating the imaginative landscapes of Islamist politics, the focus was instead the power of travelling words – the word of law, of polemic, and poetry, that make and unmake institutions, literary figures, and religious milieus. Iza Hussin explicated how the global mobility of Islamic jurisprudence, and how colonial and imperial dynamics were implicated in the transformation of Islamic Law. Samulie Schielke articulated the aesthetic and ethical tensions between the other and the self, the secular and otherworldly, in the oeuvre of one Islamist poet whose personal history is deeply marked by successive revolutions and crackdowns in Egypt. Nandagopal Menon took on the question of religious polemic, criticism, and how they operate as a genre of critical dialogue comprised of ulama and tebaa in contemporary Kerala.

The discussion then took a turn for the other-worldly with addressing subaltern dreams, comprising alterity, power of visions, and extra-imperial cosmologies of colonial subjects. Mehmet Kurt explained how Islamist politics, inspired by the figure of Sheikh Said, provided an expression of alterity and source of imagination in the violent and turbulent 90s in Turkey for both the two stakeholders in Kurdish politics; Hizbullah, and PKK. Layli Uddin took on the larger-than-life figure of the Maulana Bhashani, the central figure of populist politics in 1950s Bengal, and his afterlife in the dreams and visions of his followers. James Caron contributed to the discussion on alterity and dreams by looking at the links between Pashto poetry and frontier colonialism in the Afghani-Pakistan borderlands, excavating the extra-colonial cosmologies of poetry born in a brutalised land and born of a jihadist subject. It was a panel that was animated by seeming contradictions between alterity and identity in the post-Ottoman Kurdish politics; between populist politics and monarchist imaginaries surrounding the ‘anarchist’ figure of the Red Maulana; or the very constitution of an extra-imperial imaginary in Pashto poetry though the lived experience of over a century of frontier colonialism.

The debates went full circle when we came to the topic of decolonising critique, by tackling the chequered past and contentious present authoritarian states, movements, personas. There was a genuine attempt to theorise power, privilege, and authority from within the post-colonial landscapes of Islamist politics. Sertaç Sehlikoglu presented her research on Gulenist subjects in exile, in the process of negotiating and making sense of their present abject status and loss of hitherto held social privilege, structured by the (explicitly) Turkish, (implicity) Sunni nation-state. Katherine Ewing took on the subject of liminality, and the struggle over Sufism, in Morocco and Pakistan. She provided a sound and succinct theorisation of power and authority in the policing of liminality and abjecthood in Sufi movements. Humeira Iqtidar then taped into the peculiarities and limits of the political theology of Abul Ala Maudidi. She explicated the complex facets of this Islamist thinker, showing how beyond the colonial re-inscriptions of State and Authority, there is still a decolonial maneuver in his positing ‘theodemocracy’ as the basis of sovereignty.

The workshop staged a powerful critique of the ontological turn and its precursors in the form of moral relativism, stressing the fact that what seems illegible, inexplicable, is never really inaccessible to a committed researcher, nor does linguistic or social difference pose an obstacle to theorizing power from within, or providing an internal critique to it. Despite, or maybe because of the explicitly interdisciplinary nature of the workshop, Affect Theory was one tie that bound a number of methodological dilemmas and conceptual debates together.

One delightful aspect of conversations running through the workshop was the role of pedagogy underlying many of the studied texts. The interrelationships between the author and the audience, the text and the context, animated debate and provoked more questions than there were answers for. Such questions, in essence, is born of profound intellectual engagements, and is a sure sign of emergent fields of research and theory. 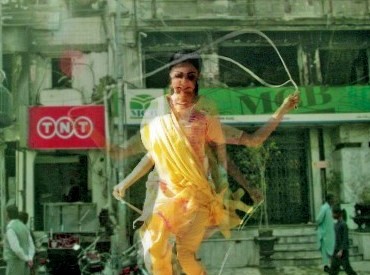