The St John’s Reading Group on Health Inequalities has been holding regular interdisciplinary meetings since 2014 and has offered a series of public events including film shows and conferences to showcase its way of thinking (see the group’s website for more information). The group encourages its members to not only think beyond conventional descriptions of health inequalities but also to adopt new ways of taking into account the perspectives of disciplines beyond social epidemiology. These include sociology, biology, psychology, history, philosophy and economics.

The convenors of the group wanted to extend the reading group format to early career researchers, providing them with the opportunity to hear academic leaders taking a range of disciplinary perspectives on the role of primary care in addressing health inequalities. Originally, this was to be a face-to-face event held in Cambridge in May 2020, however, the circumstances led us to move the workshop to Zoom – thankfully the technology held out for the afternoon!

The workshop brought together 18 early career researchers from a range of disciplines (anthropology, history, sociology, psychology, public health, clinical medicine, and geography) interested in primary care and the role it could play in reducing health inequalities. The talks and discussion sessions were designed to challenge existing assumptions about primary care, and to start to think about potential new ways to involve a range of perspectives in framing future research.

Professor Ann Louise Kinmonth opened the online workshop by arguing for the contribution that interdisciplinary approaches could make in this area and in informing a breadth of methodologies to explore the complex nature of inequality in health.

The first speaker session opened with Professor Kurt Stange, who began with an overview of the work of Barbara Starfield on primary care before questioning her approach to its typification. He noted that primary care is not homogenous, as primary care systems adapt to different socio-political contexts, and this creates challenges for how we should best study it. Rather than providing a set of properties that characterise primary care, Kurt proposed that the system of primary care instead does three things. First, it recognises and makes sense of problems and opportunities that it is presented with. Second, it works to priorities those problems and opportunities. And finally, it aims to generate solutions that lead to healing, improved health, and connections between individuals and between communities.

Professor Stewart Mercer followed by outlining his experiences of working with complex interventions in primary care on several projects in Scotland, which focused specifically on local contexts and communities. Indeed, this concept of ‘context’ proved important for the remainder of the event. He emphasised the importance of listening to a range of stakeholders involved in the delivery of primary care interventions, as this is how you will understand how resources are actually used in practice (instead of in theory), to what extent patients take part in programmes that are designed for them, and how they engage (successfully or not) with primary care. It is important, therefore, to use a range of methods from both quantitative and qualitative toolboxes in order to develop an in-depth view of the landscape in order to inform future research questions.

The first group discussion session encouraged attendees to consider how they could think differently about primary care and health inequalities. Indeed, the very idea of having a universal definition of primary care was viewed as problematic and potentially unhelpful, as primary care systems in different countries operate differently according to prevailing socio-economic conditions. Having an international perspective was therefore seen as vital to understanding how primary care could work to address health inequalities; an awareness of specific contexts. Participants were also concerned about possibly placing too much responsibility on primary care practitioners for reducing health inequalities. They drew attention to the range of other existing initiatives in communities that contribute to improving health, and to the wider duties of the state. Whatever work is done in primary care needs to be part of a wider strategy that includes addressing structural issues in society. Evaluating such a strategy necessitates the use of a range of methods from different perspectives.

The second main session saw three academics talk from their own disciplinary perspectives. Professor Mike Kelly spoke from his experience as a sociologist, emphasising the importance of social factors at the local level, and the interplay between working relationships and family structures in the home on health experiences. In order to maximise the contribution of primary care towards reducing health inequalities, he argued that we needed fine-grained accounts of local contexts, which used to be a feature of local public health reporting up until around the 1970s, but are now largely absent from such reports. Taking account of local contexts, communities and relationships is key to improving health outcomes and reducing health inequalities.

Professor Simon Szreter spoke from a historical perspective, placing the development of primary care in historical context. He spoke about health, welfare and security in the UK, and noted that the first universal welfare package was introduced in 1601 with the Elizabethan Poor Law. This provided a safety net for those in need, but was rescinded in 1834. Beveridge’s work in the 1940s was, essentially, a rediscovery of the need for support to be given to those who were suffering – this work eventually led to the introduction of the NHS. Simon demonstrated that, in order to understand the big drivers behind health (including health inequalities) and healthcare today, it is necessary to include a historical perspective.

Finally, Professor Mia Gray provided a geographical perspective, focusing particularly on economic changes and decisions in the UK since 2010 and how they impacted on different areas of the country. The introduction of austerity policies led to cuts to budgets in local authorities, but these cuts were not felt equally across all areas and indeed not across all services within those areas. Cuts to local government exacerbate and intensify problems with deprivation and poverty, which in turn affect the health of the population. As such, it is important to remember that politics, health, economics and geography are not separate but are intertwined.

The group discussions that followed were focused on exploring the potential contributions that other perspectives, including sociology, geography and history, could make to research questions on primary care and health inequalities. While a number of academic perspectives were deemed to be important in this area (including, amongst others, economics, politics, gender / queer studies, race studies), attendees also wanted to move beyond traditional academic knowledge and to include the knowledge held by patients, families, and communities. Inclusion of these forms of knowledge in discussions about primary care and health inequalities alongside academic understandings is essential to inform effective action. The discussions also touched on the need to ensure that influencers and decision-makers are involved in order to ensure that changes can be made. In fact, a range of disciplinary perspectives and kinds of knowledge could be helpful here – it might be possible to create different kinds of explanations that can be presented across the political spectrum to develop support for reducing health inequalities and the role that primary care should play in this.

The feedback we received from participants was broadly positive. There were a couple of areas that were flagged for further attention. First, a deeper exploration and comparison of primary care systems, and second greater specificity on the kinds of methods that could contribute to our understanding of the role of primary care in reducing health inequalities.

We intend to follow up these areas with interested participants, and to host a face-to-face event in the future so that attendees can get to know each other better and for the group to crystallise some areas of work into the future. We hope that the participants will go on to create a small network of early career researchers in Cambridge who are interested in thinking about primary care and its role in addressing health inequalities. 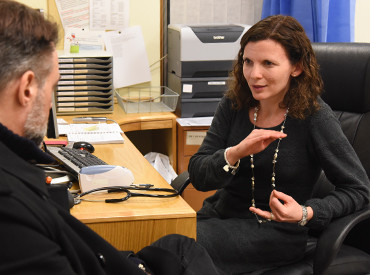