Digital Art – ‘Seeing across the Distance: the Dreams and Fears of Televisual Utopias’

In a post-Snowden era, how can we account for the fact that we have not given up using mobile technology, connected devices, the Internet?

Digital Art convenor Aline Guillermet reports on ‘Seeing across the Distance: The Dreams and Fears of Televisual Utopias’, a seminar with Manu Luksch that took place on 8 February 2018.

In a post-Snowden era, how can we account for the fact that we have not given up using mobile technology, connected devices, the Internet? It is with this question that the artist and film-maker Manu Luksch opened the discussion at the latest Digital Art seminar, which focused on her most recent film, Dreams Rewired (2015). Given that we act in full awareness of the consequences new media hold for individual freedom and mass surveillance, Luksch continued, she had to assume that our relationship to technology is mediated by ‘a good deal of dreams’. Dreams Rewired, an essay film composed of archive footage from nearly 200 films produced between the 1880s and 1940s, brings to light the fantasies which pervaded the development of media technologies – telegraph, telephone, radio, cinema, television. The film also brings to the fore the uncanny power of anticipation these technologies manifested, with regards to current issues of control and surveillance as we experience them today.


Luksch used Albert Robida’s science-fiction novel, Le Vingtième siècle, La vie électrique [The Twentieth century, The electric life] (1890), and its invention ‘le téléphonoscope’ as an entry point into the various fantasies which attached itself to early media technologies. The telephonoscope was a device which allowed the user to tune in to any cultural event occurring anywhere in the world (concert, opera, etc.), in real time, and to enjoy a sound and image spectacle from the comfort of their own home. Not unlike television, you might say. But the telephonoscope, similarly to the telephone, also enables the user to contact friends and family members, and to see them within the frame of a screen, as they conversed. Not unlike Skype, you might say. ‘How convenient’, exclaims one of the novel’s characters, ‘the telephonoscope abolishes absence.’ According to Luksch, the fantasies associated with emerging media technologies ranged from keeping in touch with loved ones, as demonstrated with the example of the telephonoscope, to seeing far away countries, to the utopia of forthcoming world peace and the sci-fi dream, spurred by the development of X-ray technology in the medical field, of seeing through walls.

The telephonoscope is but one example of societal and technological anticipation revealed through the archival footage that make up Dreams Rewired. No less striking are the time and motion studies conducted by engineer and psychologist Lillian Moller Gilbreth. Gilbreth’s research led to the development of ergonomics and modern time management practices: ‘An unnecessary movement is money lost forever’, stresses Tilda Swinton’s voiceover. Current technology has enabled the fusion of time-management and surveillance, an association which culminates in Amazon’s latest patent for wristbands that not only propose to track workers’ movements, but also to redirect any inefficient movement by vibrating. Dreams Rewired also features footage of secret police filming, realised by the Chesterfield police in 1935 using a 16mm cine camera, to crack down on illegal betting. While this could be seen as an uncanny anticipation of CCTV, Chris A. Williams, in an essay published in Surveillance & Society, which Luksch had recommended to the group, argues to the contrary: ‘Despite some superficial similarities, this episode was not the precursor of today’s panoptical society, as embodied in ubiquitous open-street CCTV systems.’[1] This example highlights that any attempt at media archaeology must not only consider the technological development, but also its social usage.

Robida’s visionary ‘invention’ also foregrounds the manner in which simultaneous communication technologies (most notably the telephone, but also early anticipations of television and video) participated in the construction of cinema as a medium – a point that Luksch stressed in her presentation. Dreams Rewired demonstrates how strategies of montage were used to create or reinforce simultaneity effects, for instance through a shot/reverse shot sequence, in the scenes in which actors are speaking on the telephone. Trond Lundemo’s essay, ‘The Dissected Image: The Movement of the Video’ – also suggested by Luksch as relevant reading –, brings important insights to this phenomenon.[2] Lundemo argues that early cinema appropriation of transmission technologies actively anticipated the medium of video and television: ‘The telegraph and the telephone have often set standards for concepts of visual transmission, and an idea of a visual counterpart emerged with the invention of radio’(108). One of the examples that Lundemo takes is Protazanov’s Aelita (1924), which Dreams Rewired samples. Aelita features an electric telescope which enables the Queen of Mars to survey the Earth, and zoom in to observe its inhabitants and their customs, in a form of ‘travelling vision’ (109). Crucially, Lundermo argues that in these examples taken from early cinema, the treatment of the transmitted image – the way the electric telescope zooms in onto the Earth’s inhabitants – anticipates how video and television treat, and modify, the image: ‘Interestingly, the transmission of images in these films seems to bear on the lack of indexicality of the imprint, thus prefiguring the videographic manipulation of speed and the numerical images of the digital are’ (110). Early cinema, with ‘its depiction of electric transmission of images’, concludes Lundemo, evokes Bernard Stiegler’s ‘analogico-numérique’ image – a concept which we did not have time to investigate in the seminar, but which is crucial to a reassessment of the difference between analogue/digital split as a continuum.[3]

[2] Trond Lundemo, ‘The Dissected Image: The Movement of the Video’, in John Fullerton and Jan Olsson (eds), Allegories of Communication: Intermedial Concerns from Cinema to the Digital (Rome: John Libbey, 2004). 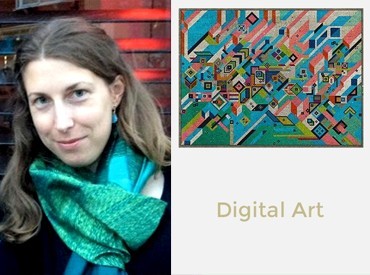