Brahma Prakash is the Charles Wallace India Trust Fellow 2019 – 2020 at CRASSH. He is Assistant Professor of Theatre and Performance Studies at the School of Arts and Aesthetics, Jawaharlal Nehru University (JNU) in New Delhi, India.
His research intersects theatre and performance studies, ritual, festival and protest studies in relation to the questions of marginality, aesthetics and cultural justice. 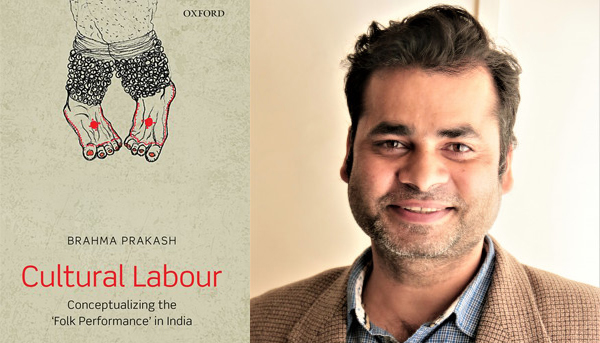 Q. Brahma, What is your book Cultural Labour: Conceptualizing the ‘Folk Performance’ about?

This book is about folk performances in India and their increasing marginalisation in the larger field of culture, labour and aesthetic studies discourses. More fundamentally, the book tries to understand the conceptions of the folk world and its presence in the caste-based society in India. Based on an extensive ethnography, personal memories and archival resources, the work offers a conceptual framework to understand the politics and aesthetics of folk performances in particular and the relationship between culture and labour in general. I began this research project with the aims to find out the reasons of its marginalisation. But what I found was quite paradoxical. I found that the strengths of the performances become the reasons of their marginalisation. It can be argued that the strengths of the performance and their reasons of marginalisation are deeply implicated in as much as the unique power of performance becomes the reasons of their marginalisation in mainstream labour and aesthetic discourses. The strengths of these performances can be located in their relationship with the land, centrality of labouring bodies—body and materiality of performance, contradictory natures of claims and visceral and corporeal nature of the performances. I delineate five conceptual categories to channelise the connections which bring both their strengths and the reasons for their erasure and marginalisation in the dominant discourses. In fact, it can be argued that the more strength they will have, the more marginalised they will become. To that extent, it often becomes a threat for the state and caste-based feudal society. The performances are perceived as more dangerous once they consciously reclaim those strengths, they will become a threat for the state. With a case of study of the performance of Gaddar and Jana Natya Mandali, I show how they reclaimed cultural labour in radical ways and thus become a ‘threat’ for the postcolonial state.

The book also offers a critique to the field of theatre and performance studies and cultural studies that have not paid desired attention to the cultural performances of the subaltern communities in India. While the study takes five folk performances: bhuiyan puja (land worship), bidesia (theatre of migrant labourers), Reshma-Chuharmal (Dalit ballads), dugola (singing duels) from Bihar and the songs and performance of Gaddar and Jana Natya Mandali from Telangana, they are indicative of a larger part of disparate bodies of cultural performance coming from different regions and cultures.

The work becomes a crucial intervention in the absence of such studies in the field of theatre and performance studies in particular and cultural studies in general. The existing studies in most of the cases have focussed on the institutionalised and middle-class centric theatre and performance practices. The larger cultural field of subaltern communities have remained largely absent in the academic discourses. In brief, Cultural Labour does not claim to make a radical hypothesis as such but it claims to raise a radical problem that has been part of the core understanding of a culture that tries to locate culture and labour in an antagonistic relationship.

They are disparate bodies of cultural performances in India coming from different regions, communities and cultures. They largely remain part of the caste-based societies. The questions that I ask is what are some of the characteristics that connect them and bring them together in an increasingly shaping force. They all are part of mnemonic cultures and labouring bodies. What do they do in their enactments? What performers invest and produce in such performances. Why their cultural productions get marginalised in labour, aesthetic and other kinds of aesthetic discourse.

The field of study was not entirely new to me. I have seen these performances while growing up in Bihar as part of community celebrations. The interest arose later when as an MA student I started taking an active interest in the richness and potentials of these ‘backward’ cultures; the cultures which were not yet considered worthy of scholarly engagement and academic exploration. Nevertheless, these performances were sites of an active political shaping force and political consciousness of the individual and communities. I felt that the performance traditions, despite changes, continue to be an important part of the social and cultural life of the majority of subaltern communities in many parts of India. It serves a vital function in creating a system of meanings, feelings, values and a set of relationships. The performance becomes a site of symbolic struggles as well as a field of contestations. With the democratisation of social and political spheres, the performance is becoming a contested site of socio-political claims. While in the context of the aesthetics of affects, the performance produces taste, judgment, attitude and experience, in the context of performativity, it generates a set of actions and representations. These were some of the elements that particularly interested me about this subject.

One can read the folk performances of India in various ways and in fact, scholars have tried to do so. My attempt was to mobilise the field in the light of contemporary discourses beyond its usual reduction to ethnic, cultural and localised readings. It was also an attempt to bring the folk performances from ethno-centric understanding to the aesthetic-political understanding. The book is divided into six chapters. Each chapter attempts to bring a conceptual category and a folk genre that subscribes and substantiate to the idea of cultural labour and channelise the themes despite their regional and linguistic differences. The chapters are arranged to take one key category identifiable with cultural labour and one performance to explain this connection, for example, the landscape in the context of bhuiyan puja. This does not mean that the particular performance category does not exist in other performances. Following this structure, I discuss historiography, landscape, materiality, viscerality, performativity and choreopolitics of these performances to connect it to the larger discourse of cultural labour. The approach is mainly about finding an obvious connection at its convenience. Although these thematic materials are broadly conceived in the scope of folk performance in India and South Asia, my method was to study them at limited sites.

Q. In your view, wherein lies the book's main contribution to our understanding of this field of study?

The main contribution of the book lies in methodological intervention in the study of folklore and folk performances in India and South Asia. It takes out folk performances from ethnocentric and elitists understanding, as it has been the case with the field of study. It makes the study of folk performances potentially radical in the interface with democratic politics and institutions. It takes folk performances from largely two perspectives: as ‘pre-political’ formation and as a ‘pure political’ act. The work suggests a novel approach in relation to research methodology. It has used ethnographic materials, archival materials and personal memories without setting hierarchies of these approaches. The inclusion of personal memories and narrative often make this work interesting which holds the reader's attention without losing the complex debates. One of the main contributions of the book rests in its attempt to bring two disparate categories of culture and labour together. The book proposes a novel way of understanding the affective relationship between culture and labour. It challenges the bourgeois assumption that artistic and activity and labour activity are two different undertakings; one takes place in leisure time and other is an act of enjoyment. Existing studies in most of the cases deny their co-presence, co-creation and co-production. It establishes folk performers both as labourers and artists and a need to maintain both of their identities for their rights and recognition.

Existing approaches to Indian theatre and performance studies, with some exceptions, no matter how admirable and ideologically progressive, continue to be shaped by residual strains of colonialism and caste-based feudal and elite cultures. One of the main contributions of the book rests in the very attempt to go outside of such bourgeois understandings regarding both its subject matter and approaches.

The readers will be surprised to learn about the performance traditions that they might not have come across or heard of. They may find some cultural practices ‘shocking’ and their analysis too provocative. The book will also surprise them for the routes it takes and the unusual connections that it makes. For example, the book shows ritual efficacy in progressive secular performances and secular affinities in ritual connections. Likewise, they will be surprised to see the relationship between obscenity, divinity and the distribution of the sensible that works at the local level in the mnemonic cultures. Some of the performances discussed in this book go against any normative boundaries and understandings. They are visceral in the actual sense that produces shock and sensations for the viewers. They will read about the performances that break categories and conventions. Such performances corrupt the pure, the sacred and question the unquestionable. They tend to mix life with death, death with erotica, desire with disgust, food with decayed flesh, and belonging with displacement at the sensational and excessive level. The performance breaks the boundaries of the traditional, modern and contemporary. It is the sense, sensations, (syn)aesthetics and provocative analysis that the readers may find surprising to learn about. 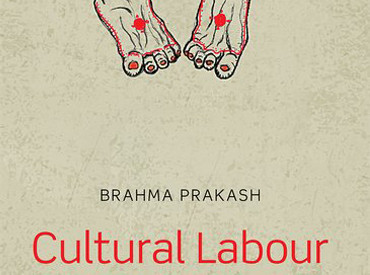