Anthropology, Psychology and IAPT: Some Comments on Ethnography

The context of IAPT might serve as an analytical break against a common bifurcation of the psychotherapeutic and the biomedical.

A blog post written by Mikkel Kenni Bruun (Cambridge Department of Social Anthropology) for the Talking as Cure? Contemporary Understandings of Mental Health and its Treatments Research Network.

When I embarked on my first period of fieldwork to study clinical psychologists, I wondered to what extent, if at all, anthropology had studied psychology ethnographically. Certainly, important anthropological studies of mental health and illness had been published over the years, especially with reference to psychiatry (e.g. Littlewood 2002; Luhrmann 2000), and anthropologists had long engaged with psychological and psychoanalytic ­theories (see e.g. Bateson 1972; Obeyesekere 1990; Moore 2007; Navaro-Yashin 2012).

However, despite a history of critical commentary on psychoanalysis in British social anthropology (see e.g. Malinowski 1927; Leach 1958; Sullivan 2012), attempts to subject psychology and its practitioners to the anthropological gaze seemed rather off the table. Instead, the ‘psy’ disciplines (Rose 1989) and its practitioners have tended to figure in anthropology as more or less fellow academics, whether as rivals or collaborators: the psychologists were the colleagues next door; and they were certainly not the kind of people anthropologists were supposed to study.

The relationship between anthropology and psychology has also at times appeared as efforts to pursue – what many would now refer to as – ‘interdisciplinarity’. While interdisciplinary aspirations and alliances between anthropology and psychology have their own merits, they are not without certain methodological and epistemological problems (Weisman & Luhrmann 2020). Anthropologists have offered relevant critiques of some problematic theoretical assumptions (such as universalism and cognitivism) upon which much of psychology rests (see e.g. Ingold 2001; Laidlaw 2007; Toren 2012).

Psychology has long provoked important debates among anthropologists, from the early psychoanalytic days of Malinowski to contemporary forays into cognitive science (e.g. Bloch 2012; Luhrmann et al. 2015). In Britain, Ernest Gellner was one of the first anthropologists to venture into the world of psychotherapeutics, examining Freud’s ‘psychoanalytic movement’ as a self-contained system of ideas (Gellner 1985). Of course, anthropologists before him had long engaged with (and critiqued) psychoanalytic ideas, and various schools of thought had emerged, including cognitive and psychological anthropologies (Ingham 1996; Irvine 2018). Psychology as well as psychotherapy continue to inform a range of anthropological projects (e.g. Fischer 2014; Luhrmann 2020; Martin 2019).

It might be time for anthropologists to pay keener attention to psychologists (including their theories, practices and subjects) as very much part of the ‘people’ under study in our ethnographies. We might also want to dispense with prevalent psychologisms in our own professional analyses that risk precluding a serious anthropological grasp of a wide range of issues relating to ‘mental healthcare’.

One immediate problem is that it is not an easy task to render psychology into an object of anthropological analysis; to situate ethnographically those organising practices and notions concerning the ‘self’, ‘mind’, ‘subjectivity’, and so on – indeed the very category of ‘consciousness’ (Davies-Horn n.d.) – which take shape around, and are shaped by, the psy disciplines and the cognitive sciences more broadly. It is also not an easy task to allow psychological ideas and commitments that might equally be cherished and confirmed in the daily life of the anthropologist (or the philosopher or historian) to be become matters of ethnographic inspection. Nevertheless, there is much to be gained and learned from an ethnographic stance; I have referred to this elsewhere as a call for an anthropology of psychology (Bruun 2019).

Moreover, the difficulties of access and fieldwork presence in psychotherapeutic contexts – in clinics, institutes, training programmes, therapy sessions, etc. – have also been duly noted by anthropologists as potential problems. For example, Ernest Gellner was unsuccessful on several occasions in gaining permission to study the British Psychoanalytic Society, turned down by the then President of the Society, Donald Winnicott. The resistance to Gellner’s proposal appeared to be largely due to his principal status as an anthropologist and the fact that he had no affiliation to or credibility in the psychoanalytic profession. Gellner’s position was thus utterly unlike that of Douglas Kirsner’s (1998), and later James Davies’ (2009), both of whom undertook fieldwork in psychoanalytic institutions in their positions as professional therapists (Kirsner as a clinical psychologist and Davies as a psychoanalytic psychotherapist).

Tanya Luhrmann (2000) also notes the constraints of her fieldwork in her ethnography of American psychiatry, reporting how her father’s status as a well-known psychiatrist and eventually her own training in psychoanalysis afforded her access to people and their professional worlds that would otherwise have been unavailable to her. Luhrmann’s fieldwork resulted in a powerful ethnography of the discipline of psychiatry and its conflicting epistemologies of care, the demise of psychoanalytic psychotherapy in the US and the rise of a self-consciously ‘biological’ psychiatry.

IAPT and the Study of Psychological Therapies

By the end of the twentieth century, psychopharmacology and drug therapies were deemed by some to have succeeded that embarrassing Freudian hangover of ‘talking therapy’. However, not everybody was done talking. In the UK and elsewhere, new and older developments of psychotherapeutic practices came to the fore (Marks 2015, 2017). Coupled with the increasing pervasiveness of evidence-based medicine (EBM), cognitive behavioural therapy (CBT) ­promised a cure to a reported mental health crisis by way of an ‘evidence-based’ approach to ‘common mental health problems’ such as depression and anxiety (cf. Layard & Clark 2014).

Evidence-based psychological therapy has since proliferated in the UK with the launch of the IAPT (Improving Access to Psychological Therapies) programme in 2008. The IAPT service has been celebrated widely and its therapies such as mindfulness-based cognitive therapy (MBCT) or simply ‘mindfulness’ have become invested with political interest and are deemed increasingly salient beyond clinical contexts (Cook 2016). However, the IAPT service and its psychological therapies have also resulted in their own professional and therapeutic problems and uncertainties (Bruun 2019; Drage 2018; Hutten 2018; Pickersgill 2019; Ratnayake & Merry 2018).

An emergent field of anthropologies, philosophies and histories of psychotherapeutics might be paving the way for new analytical orientations and critical reflections. For example, while anthropological studies of psychotherapy have often delineated the ‘psychotherapeutic’ in opposition to the ‘biomedical’ (Davies 2009; Luhrmann 2000; Young 1997), the context of IAPT might serve as an analytical break against a common bifurcation of the psychotherapeutic and the biomedical as opposing scientific epistemologies and modalities of care. Furthermore, the elision of notions of evidence and effectiveness with accountability appears to lie at the heart of IAPT’s therapeutic and scientific persuasions (Bruun 2019). The pursuit of objectivity and scientificity is not new in the world of psychology, but it could be said to have been given new and interesting life through the promises and ideals of ‘evidence-based’ psychological therapy.

The CRASSH research network Talking as Cure? engages a range of scholars as well as mental health professionals to reflect on contemporary understandings and issues of ‘mental health and its treatments’. Increasingly, anthropologists are directing their gaze at psychotherapeutic practices of various kinds across the globe and important questions remain for anthropologists to explore in this field of enquiry. 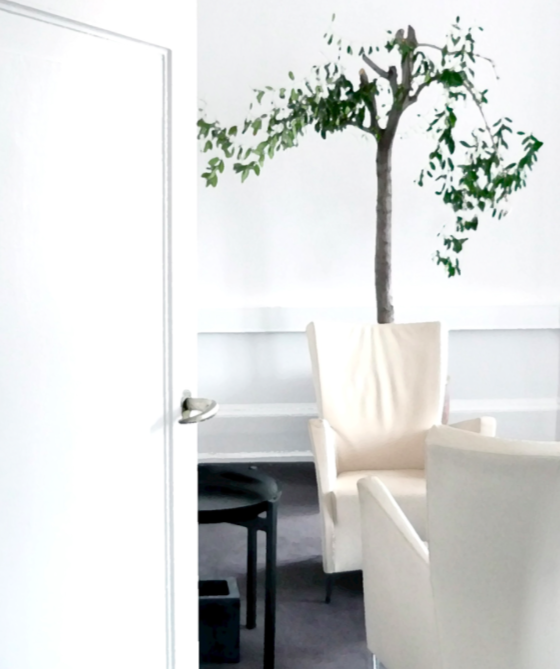 Bateson, G. 1972. Steps to an Ecology of Mind. Chicago: University of Chicago Press.

Cook, J. 2016. Mindful in Westminster: The politics of meditation and the limits of neoliberal critique. HAU: Journal of Ethnographic Theory 6, 141–161.

Drage, M. 2018. Of mountains, lakes and essences: John Teasdale and the transmission of mindfulness. History of the Human Sciences 31, 107–130.

Hutten, R. 2018. The Making of Psychological Therapists: Towards a Psychosocial Understanding of IAPT Training, Culture and Practices. Doctoral thesis, University of Sheffield.

Ingold, T. 2001. From the transmission of representation to the education of attention. In The debated mind: evolutionary psychology versus ethnography (ed) H. Whitehouse.

Littlewood, R. 2002. Pathologies of the West: an anthropology of mental illness in Europe and America. Ithaca, N.Y: Cornell Univ. Press.

Weisman, K. & T. M. Luhrmann 2020. What anthropologists can learn from psychologists, and the other way around. Journal of the Royal Anthropological Institute 26, 131–147. 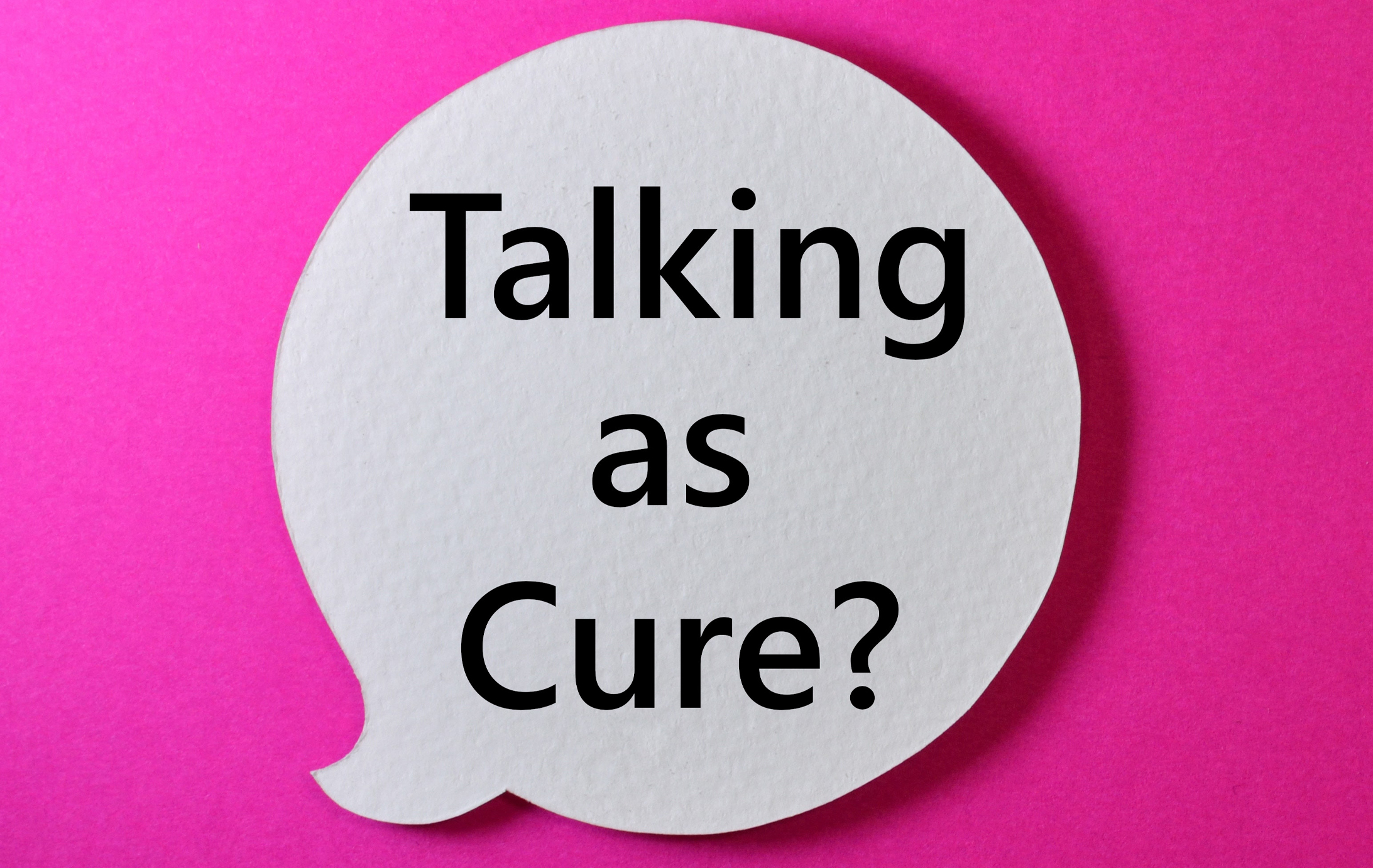 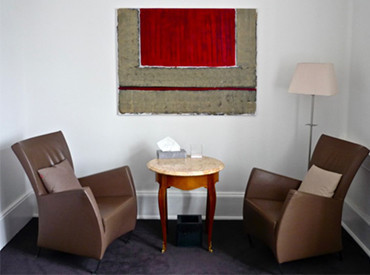