When individuals are tortured or when their human rights are otherwise violated by European governments or domestic authorities, the European Court of Human Rights (ECtHR) is responsible for reviewing state actions under the European Convention of Human Rights. If these individuals are successful in proving a violation, the ECtHR may award them damages for the treatment suffered. In this context, the Court recently held that it would award no damages to UK prisoners whose right to vote has not been recognised under English law. The decision was rendered in spite of a judgment of the same Court in 2006 when Italian citizens whose right to vote had been deprived in a similar manner were each awarded €1500.

This apparent inconsistency and the general manner in which the Court exercises its power to award monetary damages for human rights violations have given rise to a number of objections that put under question the Court’s function in relation to just satisfaction. Throughout its 60-year existence, the Court has failed to explain the legitimacy and legal basis of its function in awarding just satisfaction; articulate whether the function it is performing when awarding damages is of an international or national character; and establish a uniform case law.

This project seeks to address these questions. The aim is to examine the legitimacy of the Court’s self-proclaimed power to compensate for human rights breaches, to investigate the implications of the Court’s attempts to strategically locate itself in relation to national authorities on which it depends for implementation of its judgments, and to explore how the Court ought to redefine its function in order to be perceived as an international judicial institution protecting individuals across Europe rather than responding to the political concerns of individual Member States.

Dr Veronika Fikfak is Fellow and Lecturer in Law at Homerton College, Cambridge and an Affiliated Lecturer in Law at the Faculty of Law. Veronika completed her undergraduate studies in Law at the University of Ljubljana and University of Poitiers, before reading for a Magister Juris, Master of Philosophy in Law and Doctor of Philosophy of Law at Oxford University. Prior to her appointment in Cambridge, she worked at the European Court of Human Rights in Strasbourg, at the International Court of Justice and at the Law Commission for England and Wales.

Her research interests are in the fields of public law, human rights and international law. She is particularly interested in the interface between domestic and international law and on the recent changes in the UK constitutional landscape. Her monograph on the role of national judges in relation to international law entitled Power and Strategies of National Judges is forthcoming with Cambridge University Press. 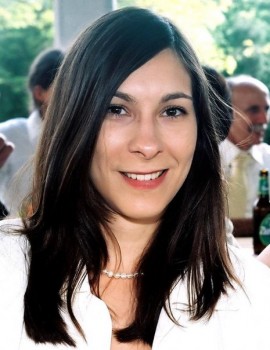